The Aussie squad for the showpiece, to be held in Oman and UAE in October, is a mixture of pace, spin and hard-hitters 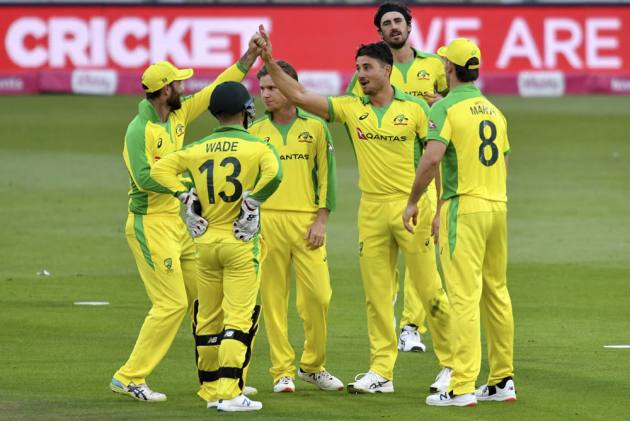 Steve Smith, David Warner and Pat Cummins were on Thursday recalled as Australia named a full-strength squad in search of an elusive ICC T20 World Cup title later this year.

The 15-man Australia squad for the showpiece, to be held in Oman and UAE in October, is a mixture of pace, spin and hard-hitters keeping in mind the slow, spin-friendly conditions of the pitches in the UAE.

The trio had opted out of Australia's limited-overs tour of the West Indies and Bangladesh recently.

In a major development, Australia has included uncapped Josh Inglis as a backup to wicketkeeper Matthew Wade.

Inglis, who is yet to make his international debut, has been chosen ahead of Alex Carey and Josh Philippe.

Having dominated the ODI World Cup with record five titles and two runner-up finishes, Australia would be eager to break their jinx in the T20 World Cup.

Australia has endured a poor run in the T20 format off late, losing back-to-back series to West Indies and Bangladesh recently.

But the return of Marcus Stoinis, Glenn Maxwell, Warner, Cummins, Smith and Kane Richardson after opting out of recent white-ball tours of the West Indies and Bangladesh, will add much-needed firepower to Australia's team.

Smith has been included despite his ongoing elbow injury, while limited overs skipper Aaron Finch, who missed the Bangladesh series to undergo knee surgery, is expected to be fit on time for the tournament.

Dan Christian, Nathan Ellis and Daniel Sams have been named as reserves and will be travelling with the team.

Mitchell Starc, Cummins, Richardson and Josh Hazlewood will be in charge of the pace department.

"We are confident this squad has the ability to take the side deep into what will be an extremely competitive tournament," Australia's chief selector George Bailey said.

"We have some of the best players in the world in their respective roles combined with the collective experience to succeed against the very best T20 sides in the world."

Bailey justified Inglis' selection, saying the wicketkeeper-batsman has been knocking the door for a while now.

"He (Inglis) offers the squad flexibility in the batting order with his adaptability, counterattacking ability and power striking," he said.

"He is a player we are excited about for the future."

The T20 World Cup will feature 16 teams and will be played from October 17 to November 14.

The tournament was shifted to the UAE and Oman because of the COVID-19 situation in India.