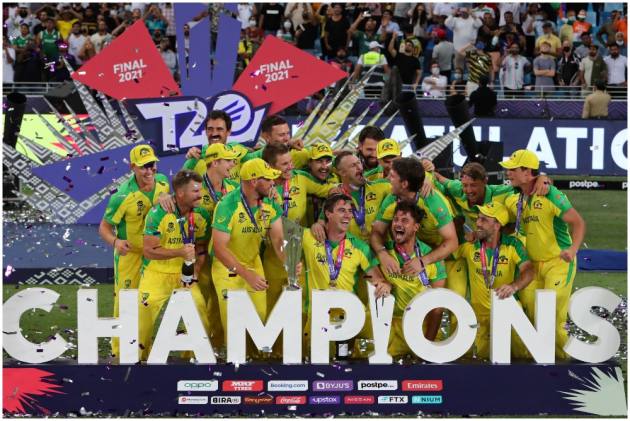 Australia became the fifth team to win a T20 World Cup when they defeated Trans-Tasman rivals New Zealand by eight wickets in a high-octane final on Sunday in Dubai. It was Australia’s sixth World Cup title.

Australia are five-time ODI World Cup champions having won the title in 1987, 1999, 2003, 2007 and 2015 editions. Sunday’s win also gave Australia their first T20 World Cup title. The last time Australia came close to winning a T20 World Cup title before Sunday was in 2010 when they were outclassed by England in the final.

India defeated arch-rivals Pakistan by five runs to lift the inaugural trophy in Johannesburg.
Pakistan defeated Sri Lanka by eight wickets in the final at Lord’s in 2009 to put their hands on the trophy for the first time.

England were the third team to lift the T20 World Cup. West Indies’ first title came in at the R Premadasa Stadium in Colombo in 2012 before Carlos Brathwaite heroics in the final over gave them their second at Eden Gardens in Kolkata.

Player of the Match in T20 World Cup final

Player of the Tournament in T20 World Cups