Aaron Finch didn't divulge Australia eleven for the South Africa match but informed that his team is going in with seven specialist batters. 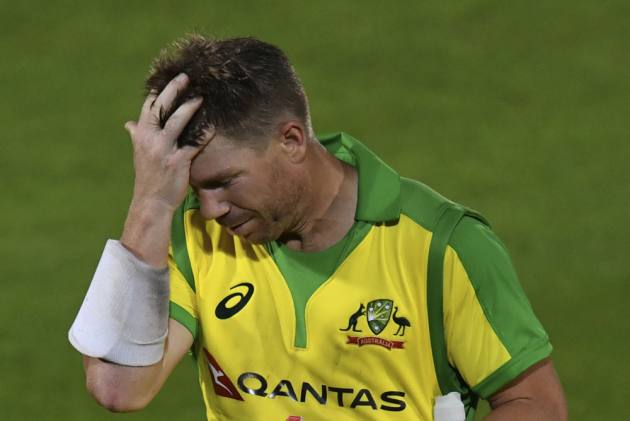 Australia captain Aaron Finch is ready to back the "ability and judgement" of his out-of-form opening partner David Warner, hoping that he would come out all guns blazing in their T20 World Cup opening fixture against South Africa. (More Cricket News)

"I am backing Davy's ability and judgement," Finch said on the eve of the South Africa game.

"If you look at his World Cup history, it's bloody good and would he like more runs? Absolutely. He is one of the greatest players Australia has ever produced and I have no doubts that come game one, he will be absolutely fired and ready to go," the skipper added.

Finch said that his recovery from a knee injury had been quicker than expected.

"I am feeling really good and knee is feeling great. In fact, I am feeling better than what I thought it would be as I was able to play the two warm-up games against New Zealand and India which was crucial.

"Getting a few in the middle (of the bat) was nice, everyone is in nice space, we are really excited to kick it off tomorrow," the 34-year-old veteran of 76 T20Is said.

Finch didn't divulge his eleven but informed that his team is going in with seven specialist batters and in them, they have three all-rounders in Marcus Stoinis, Mitchell Marsh and Glenn Maxwell.

"We are going in with seven specialist batters, four specialist bowlers plus the all-rounders.

Due to the COVID-19 pandemic and rotation of players, most of Australia's T20 World Cup squad players haven't played as a team for at least a year and half and that's why Finch is excited to find how it all unfolds.

"All of us haven't played together as a squad for last 18 months so its exciting to have a run together. Our guys have been through different stages of preparations. They have come through IPL, some through injuries. I think its coming together nicely with two good hit outs against New Zealand and India."

Finch is happy that four of Australia's five Super 12 games (save England) are afternoon matches which takes dew factor out of equation.

"We expect it to be pretty good as it has always been the case over here. Being a day game, it could be touch on the slower side, but a great surface and beautiful place to play actually," he said.

Asked if a player like Steve Smith, who anchors the innings, becomes more important on surfaces like these, Finch said that the former skipper's batting is not surface dependant.

"Any time Smith bats, it's great to watch. He is someone so versatile and he is adaptable to all conditions. He can resurrect a team and take them to a good total. He is a world-class player," said Finch, praising his team's senior batter.

He did accept that batting in Powerplays would become decisive in most games.

"We have seen in IPL teams that won Powerplays went a long way in winning the games, wickets first off in the tournament will start out a little bit better, but as tournament gets deeper, it might slow up and spin a little bit more," he said.

So what's the ideal total on these tracks?

"Never go with total in mind, just let the surface dictate the play (accordingly)," he concluded.