Australia suffered a humiliating 8-wicket defeat at the hands of bitter rivals in their second Super 12 match of ICC T20 World Cup. 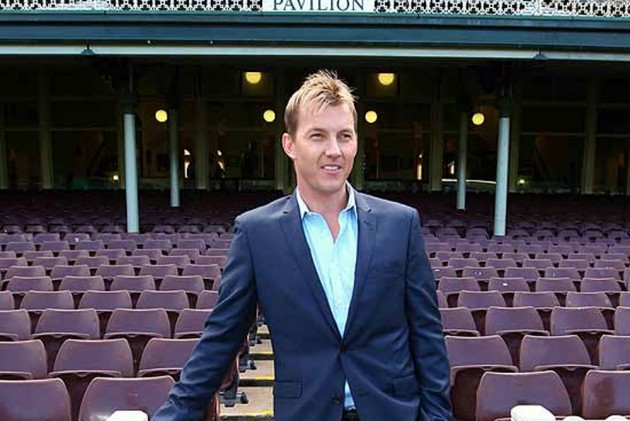 With two wins from three matches, Australia remain in contention for the semi-finals of the ICC Men's T20 World Cup 2021. But their demoralising defeat against England have forced the Aussies to have a reality check. (More Cricket News)

Former Australia fast bowler Brett Lee is confident that the 2010 finalist can bounce back from their crushing eight-wicket defeat at the hands of England.

"England were outstanding against Australia. The 50-over World champions were just too good in the end, it’s as simple as that," Lee wrote in his column for the ICC's official website. "Parts of the game were outstanding for Australia but in other parts they probably let themselves down."

England put up a thoroughly professional display against Australia in Dubai. Eoin Morgan & Co first bundled out the Aussies for 125 before overhauling the target of in 11.4 overs.

As things stand now, they are third in Group 1 and the outcomes from the two remaining fixtures against Bangladesh and West Indies will decide their fate. England with four wins in four are certain to take one of the two last-four spots from the group. Aaron Finch & Co will fight it for the second spot with South Africa, who have won three in four matches. So it's crunch time.

"Now it’s not all doom and gloom for Australia – I try and look at things from a positive point of view. There are a lot of people saying, 'he shouldn’t be in the team', 'he shouldn’t be batting there' and so on.

"But they say in Hindi, ‘aaram se, aaram se’, and that means to relax and go about things patiently. I think that’s a really good expression that the team can use just to relax. Everything will be okay.

"The top order has to fire, they have to get runs from guys like Steven Smith, Glenn Maxwell, Marcus Stoinis, who has been in good form the first two games but missed out with a duck against England and that’s part of the game.

"Matthew Wade has been getting a few runs, getting some starts but Australia need a big 40 or 50 from him to finish so there are areas where Australia can take some positives out."

Lee suggested that the openers could try out a slightly different strategy than going all out in the beginning of the innings.

"I know the Aussies want to get off to a flyer, I heard Warner say it, I heard it from Aaron Finch and they are two brilliant players, two guys I’d pick in my side every single day of the week.

"Maybe it’s about taking the foot off the accelerator a fraction at the top. I know that some teams go really hard in the first six but other teams don’t take as many risks so perhaps Australia can do that but I’ll still back Warner every day of the week to go down town first ball if he has to."

Talking about the Australian bowling unit he said "They probably didn't get the right line or length against England and in this format there are days where the batsmen miss out and the bowlers defend.

"But when collectively you don’t have your best game, you can see what happens."

Despite the ordinary performance against England, the 44-year-old backed Australia to lift their maiden T20 World Cup title.

Ahead of the tournament, Lee had picked India as the team to beat but the former pacer feels England and Pakistan are top contenders.