Chasing England's 166/4, Daryl Mitchell slammed an unbeaten 47-ball 72 to steer New Zealand in the final with one over to spare. 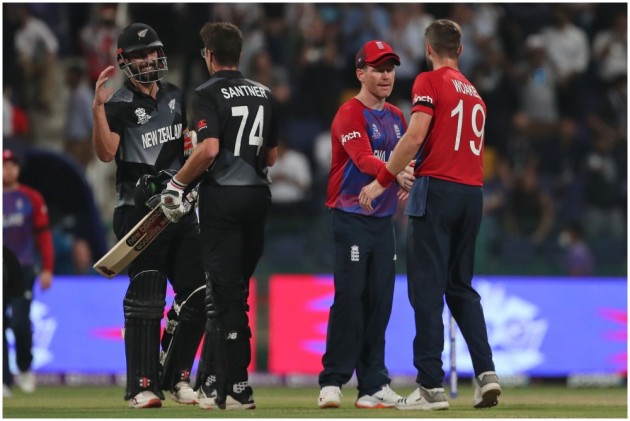 England were ‘devastated’ to lose to New Zealand in the T20 World Cup semifinals but proud to have fought ‘unbelievably well’, said limited-overs captain Eoin Morgan, who hopes to continue as the leader of the side.

New Zealand avenged their heartbreaking loss in the 2019 ODI World Cup final against England on boundary count by beating the same opponents by five wickets in the T20 World Cup first semifinals here on Wednesday.

“Yeah, we’re devastated. To be on the wrong side of a close game is not easy to take. We fought unbelievably well on a wicket that didn't necessarily suit our batting, but we managed to post in and around a par score,” Morgan said at the post-match press conference.

“I’m extremely proud of the performance that we put in. When you play really well, it doesn’t always guarantee that you win games. Unfortunately, we found ourselves on the wrong side of a really tight game today.

“I hope to be back, I am still offering enough, and I love playing in this changing room. Incredibly proud to be their leader,” said the 35-year-old, who has led the English T20 side since 2014.

Sent in to bat, England posted 166/4 with Moeen Ali remaining not out on 51. The Black Caps chased down the target with one over to spare with opener Daryl Mitchell playing a pivotal role with an unbeaten 47-ball 72.

James Neesham also played an important cameo, hitting an 11-ball 27 with one four and three sixes to take New Zealand to the final. Morgan said England were in the game till the arrival of Neesham, who completely changed the complexion of the match, playing shots not even his batters could execute on a sluggish pitch.

“We were brilliant with the ball. We were right in the game probably until Jimmy Neesham came to the wicket, if not ahead of the game. Everything worked right up until Neesham came in. It was a fantastic cameo in high-pressure circumstances.

“Throughout those innings everybody struggled to clear the ropes on both sides, that was just the nature of the pitch. You have to take your hat off to him. He played really well. We’ve played against Jimmy a lot. He’s not struck the ball like that against us ever. It’s really good batting.”

He also praised Black Caps opener Mitchell for his unbeaten knock which was studded with four boundaries and as many sixes. “I’d say, so he’s played a hell of a hand today. He's played really well against the No. 1 side in the world and taken his side right to the final.”

Asked if injuries to Jason Roy and Tymal Mills during the Super 12 stage, had impacted the team’s performance, Morgan said, “I don't think you can put a measure on missing a player. I think the 11 guys that took the field today gave absolutely everything.”