India's Nitin Menon, who's officiating in his first men's World Cup, has been named as the TV umpire. 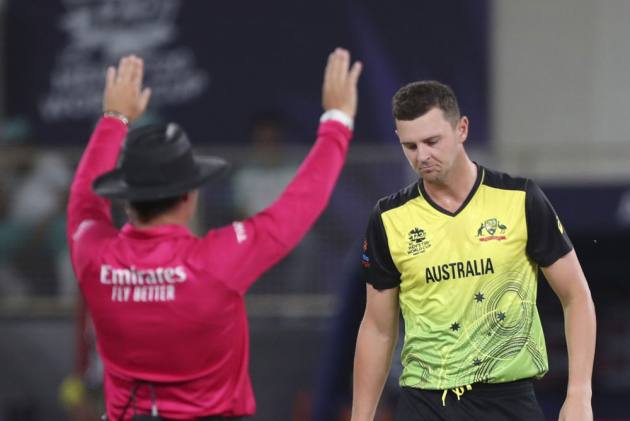 Both New Zealand and Australia registered identical winning margins wins by five wickets with an over to spare against defeated England and Pakistan in their respective semi-finals. Sunday's final in Dubai, UAE will decide a new T20 world champion.

In the first semi-final, New Zealand chased down England's 166/4 with opener Daryl Mitchell hitting an unbeaten 72 off 47 at Sheikh Zayed Stadium, Abu Dhabi.

In the second semis, Australia chased down Pakistan's 176/4 with middle-order batter Matthew Wade hitting an unbeaten 41 off 17 at Dubai International Cricket Stadium, Dubai.

Nitin Menon, the only Indian umpire in the ICC elite panel, will act as the TV umpire. Former Sri Lanka spinner, Kumar Dharmasena will be the fourth umpire.

"Umpires Marais Erasmus and Richard Kettleborough will assume on-field duties in the final of the ICC Men's T20 World Cup 2021 to be played between Australia and New Zealand at the Dubai International Stadium on Sunday," the ICC said in a statement.

The final will be overseen by match referee Ranjan Madugalle.

Match Officials for the final: