Pakistan are on top of Group 2 after emphatic wins against India, Afghanistan and New Zealand in the ICC men's T20 World Cup 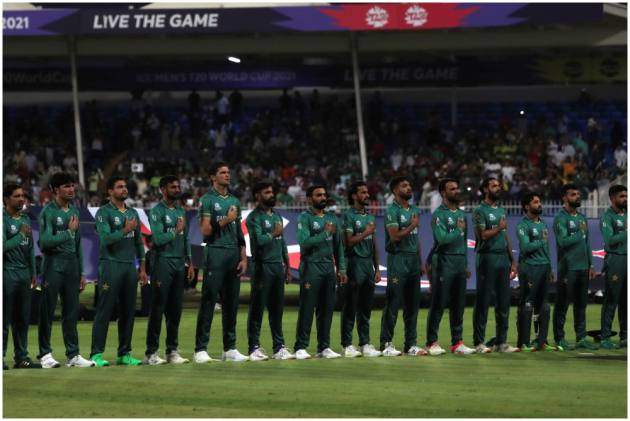 Babar Azam’s team has been consistent and oozing in confidence. If there is any team in the competition that is looking like serious title contenders, it is Pakistan and of course, England, who on Monday thumped Sri Lanka to score their fourth straight win in Group 1.

Pakistan play rookies Namibia in Abu Dhabi on Tuesday and a fourth straight victory will take the former champions to the semifinals from Group 2. India, New Zealand and Afghanistan are the other teams in the group and Pakistan have beaten them all.

India are winless from two matches and must win their remaining games and then wait for other results to go in their favour to be able to make the semifinals.

Former skipper Shoaib Malik has hailed the spirit in the Pakistan dressing room as a key factor behind his side’s impressive start to T20 World Cup.

“Morale is high,” Malik said. “Obviously when you win games, the confidence level is quite high in the dressing room. Everyone is looking forward to playing the rest of the games we have left in the tournament.

Pakistan defeated India by 10 wickets in their first match of the T20 World Cup 2021 on October 24. It was the first time Pakistan had beaten India in a World Cup match.

“When you start the tournament, the goal is to give your best shot as a team. But since I've joined the team, I've seen Pakistan teams practise sessions and the way they have been dealing with pressure from the world until now, it's been exceptionally good,” said Shoaib Malik.

“And I guess to see consistency in Pakistan dressing room, that's the biggest thing for me so far, everyone's helping each other. It's a team game. When you're playing a team game, then you need your teammates' help, you need a lot of support from your management. And I see all of that coming,” said Malik.

Namibia go into the contest looking to bounce back after a 62-run defeat against Afghanistan on Sunday.

Pierre de Bruyn’s side began the Super 12s stage with a memorable victory over Scotland and are now bidding to claim a notable scalp to keep their own semi-final dreams alive.

And whatever happens in Abu Dhabi, de Bruyn has been proud to witness how his players have brought together a nation with their exploits in the tournament so far.