For Bangladesh, they finish the tournament with zero wins in the five matches in the Super 12 stage. Earlier Bangladesh won two out of three games in Round 1. 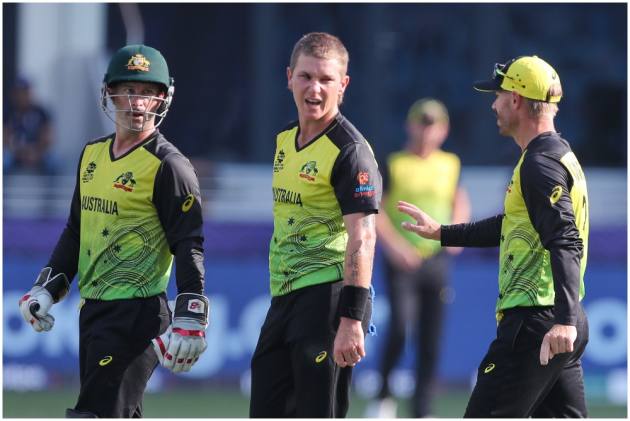 Despite registering his career-best T20 international figures of 5/19 in his four overs, Adam Zampa stated this wasn’t among the best of his performances after Australia humiliated Bangladesh in a Super 12 game of the T20 World Cup 2021 in Dubai on Thursday.

Sent into bowl first, Australia skittled out Bangladesh for just 73 runs in 15 overs with Zampa cleaning half of the opposition batting order. In reply, a 20-ball 40 from caption Aaron Finch saw the Aussies romp home in 6.2 overs to improve their net run rate and go above South Africa to second in the points table.

“You look at cricket as a results-based game you see the five wickets, but it wasn’t the best I’ve bowled,” Zampa, whose figures on Thursday were the best by an Australian in T20 World Cups, said after the match.

“But you look at it in terms of the situation of our World Cup and how important the win was, it feels really good to be able to contribute. Obviously to bowl them out for 70-odd runs and get the runs so quick it gets us up to second on the ladder so satisfying and a really important one for us.”

Knowing net run-rate may be a decisive factor in Australia’s qualification for the semifinals, Zampa revealed they had to be aggressive from the start.

“Obviously we wanted to come out really aggressive, we did have some, interesting memories of the last time we played Bangladesh and that was in our minds a little bit,” Zampa said.

“We have a little bit of a different team, we have some really fast bowlers and we wanted to be aggressive early.” The absence of the Shakib Al Hasan is a big void according to Zampa and Australia pounced on the opportunity.

“We know that if we give a team like Bangladesh a little sniff or a little chance, they'll take it. They are a really talented team, they have some really talented players, but they have a pretty big absence in Shakib (Al Hasan) so we tried to be aggressive and go from there,” he added.

For Bangladesh, their tournament has come to an end, having qualified from Round 1 second in Group B, they failed to register a win in the Super 12s.

Captain Mahmudullah believes his side will now look to work on batting in foreign conditions having come into the tournament as the sixth-ranked side after beating both Australia and New Zealand at home.

“I think we’ve seen just before the World Cup when we played against Australia and New Zealand in our nation, our bowling department has been on the mark for every game. We struggled with our batting on those wickets. As a professional cricketer when you play in these sorts of conditions you need to adapt,” Mahmudullah.

“I feel like you when you come out of your home and play on good wickets there are a lot of areas that we need to work on especially on our batting,” he said.