Jason Roy picked up an injury during England's final Group 1 game against South Africa on Saturday. 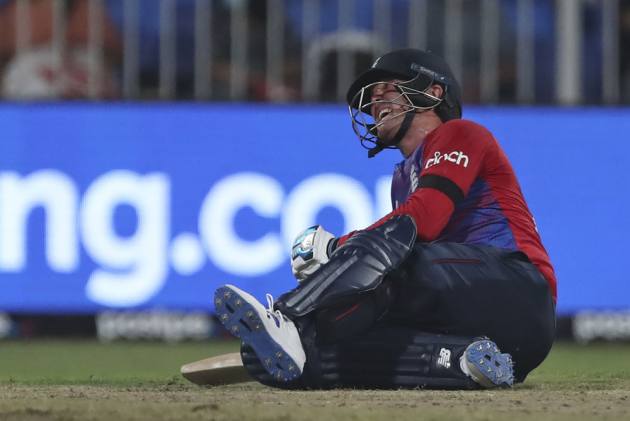 England were dealt a massive blow ahead of their ICC Men's T20 World Cup 2021 semi-final match against New Zealand with opener Jason Roy pulling out of the tournament due to a torn left calf. (More Cricket News)

Roy picked up the injury during England's final Group 1 game against South Africa on Saturday. England lost the match by 10 runs to end their unbeaten run in the Super 12 stage.

Confirming the injury, the opening batter said: "I'm gutted to be ruled out of the World Cup... It is a bitter pill to swallow. I will be staying on to support the boys and hopefully, we can go all the way and lift that trophy. It has been an unbelievable journey so far and we have to continue expressing ourselves and concentrating on us."

Roy, who scored 123 runs with a highest of 61 against Bangladesh in five matches, will be replaced by James Vince. The Hampshire batter is one of the reserves.

"The rehab has already started and even though I've torn my calf, I'm going to give myself the best chance of being ready for the T20 tour of the Caribbean at the start of next year," the 31-year-old added.

Former champions England face the Kiwis in the first semi-final of the T20 World Cup in Abu Dhabi on Wednesday (November 10).

The second semi-final between Pakistan and Australia in Dubai is scheduled for the next day with the final on Sunday (November 14).