England had a four-match winning streak in the tournament before South Africa handed them a 10-run defeat in the final group game at Sharjah on Saturday. 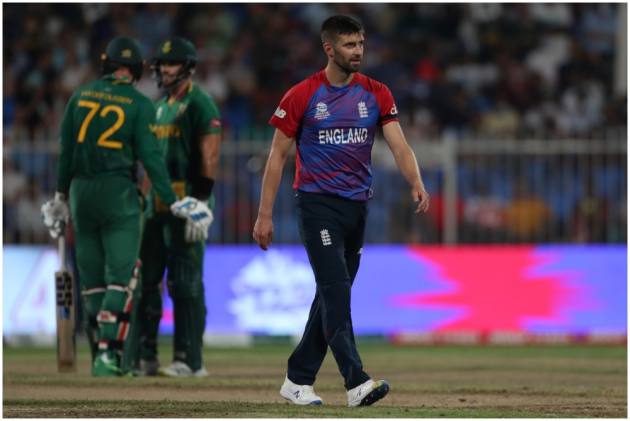 England pacer Mark Wood thinks that the loss against South Africa keeps his national side "grounded" as it shows that the team still has plenty to work on going into the semifinals of the ongoing ICC Men's T20 World Cup. (More Cricket News)

England were on a four-match winning streak at the tournament before South Africa handed them a 10-run defeat in the final group game at Sharjah cricket stadium on Saturday.

"It's a shame we've lost the game, that brings us down to earth with a bit of a bump. It keeps us grounded and we know we've got some stuff to work on," Wood told Sky Sports.

"You never want to lose. We're not used to losing and usually when we do we bounce back well. I think it's just a lesson that we've got plenty to work on," he added.

Asked to bat, South Africa scored 181 for 2 on the back of some sensational hitting by Rassie van der Dussen (94 not out) and Aiden Markram (52 not out) before restricting England to 179 for 8 in 20 overs.

"South Africa played really well - they only lost two wickets and we're not used to that - we're used to getting wickets in the powerplay and controlling the game from there."

"We were maybe off the pace, so we've got to work on things in training and be better next game. It's nice to be back, but it's better when you win."

It was Wood's first match since he had picked an ankle injury in the warm-up game against New Zealand and the seamer was disappointed with his comeback performance.

"I had the ankle injected but it took longer than I thought. I hoped it might be just one or two games, but the lads were playing really well so there was no need to rush," he said.

"The pain's still there at times, but I felt I could still do my job - unfortunately it didn't go as well as I'd want today. When you make yourself available to play you've got to deliver.

"The thing that disappointed me was I didn't get too many dot balls. I went for four and six off the first and last balls of the over, which is disappointing.

"I hadn't played in a while but that's not an excuse. I'll be working on things in training."