Afghanistan, who have played four games in the Super 12 stage, are sitting at the second spot, with four points and a net-run rate of +1.481. 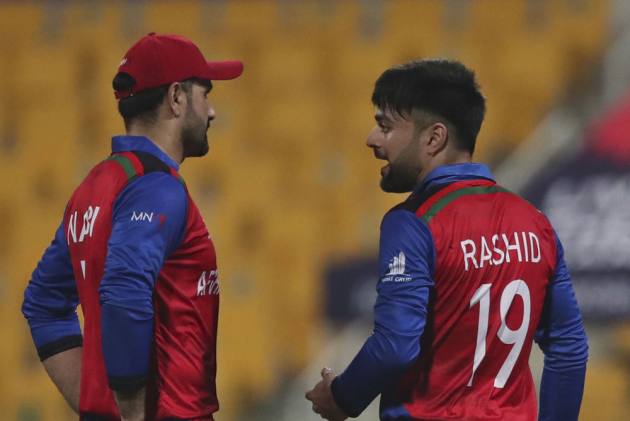 Coming off a thrashing at the hands of India, Afghanistan's premier leg-spinner Rashid Khan has no doubt that their upcoming T20 World Cup game against New Zealand is a virtual quarterfinal for them. (More Cricket News)

Afghanistan, who have played four games in the Super 12 stage, are sitting at the second spot, with four points and a net-run rate of +1.481.

Pakistan have already qualified for the semi-finals from Group 2.

Asked if the 66-run loss to India will have an impact on the team's momentum going into the last game, Rashid responded in the negative.

"I don't think it's going to make a big difference to us as a team. We know India is one of the best teams, but still, the preparation remains the same, the mindset remains the same and we know the process.

"That (New Zealand match) could be a quarterfinal for us, as well. If we win, we know we have a good run rate so we could be the team to be in the semi-finals. So just to go out there, enjoy your skills, enjoy your cricket.

"As long as you are enjoying, I think there is (are) more chances you could perform," Rashid, who was taken to task by the Indian batters, said at the post-match press conference on Wednesday night.

The Afghanistan-New Zealand game, which will take place on Sunday in Abu Dhabi, is also significant for the Indian team.

If Afghanistan defeat the Kiwis, then the Virat Kohli-led team has a chance to make the semifinals. They will of course also need to win their remaining two Super 12 games to be in the fray.

Rashid was also asked if Afghanistan were thinking about their net run-rate after they lost wickets early against India.

"Definitely, that's the kind of thing we had in mind after losing a few wickets. As a team we planned to go there and score as many runs as possible.

"... Just to focus more on the run rate, and that might play a main role in the last game when we're playing against New Zealand. That could be a big difference at the end.

"Yeah, the message was clear, just go play smart cricket and play 20 overs and get as many as possible, so that was the mindset of the players," the 23-year-old said.