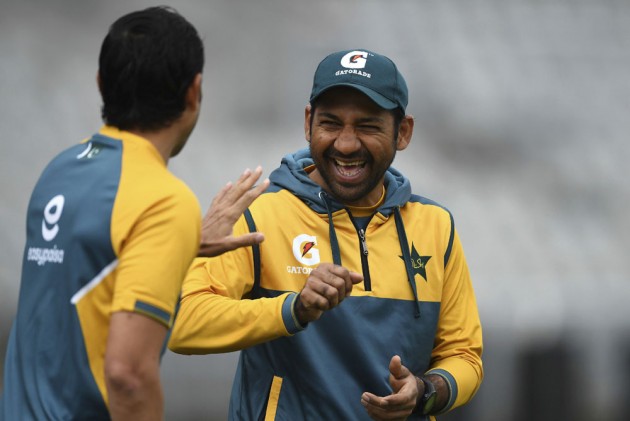 Pakistan on Friday made three changes to their squad for the T20 World Cup, bringing in former captain Sarafraz Ahmed, Fakhar Zaman and Haider Ali at the expense of Azam Khan, Mohammad Hasnain and Khushdil Shah. (More Cricket News)

As announced earlier, former Australia batter Matthew Hayden and former South Africa pacer Vernon Philander will be the team's batting and bowling consultants for the mega event. The cut-off for making squad changes is October 10.

Many former Pakistan cricketers, including Rashid Latif and Shoaib Akhtar, wanted wholesale changes in the squad announced on September 4.

"...After taking into consideration player performances and form, the selectors have made three changes," said the PCB in a statement.

"Sarfaraz Ahmed and Haider Ali have replaced Azam Khan and Mohammad Hasnain respectively, while Fakhar Zaman, who was originally named as a travel reserve, has swapped places with Khushdil Shah.

Pakistan open their World Cup campaign against India on October 24.

"The decision on Sohaib Maqsood's inclusion in the squad will be made following medical advice.

"The top-order batter underwent MRI scans for the lower back after the 6 October National T20 match against Northern and missed Thursday’s Punjab derby against Central Punjab."

Chief selector Muhammad Wasim said performances of the domestic T20 event were considered before they made the changes.

"After reviewing player performances in the highly-competitive National T20 and in consultation with the team management, we have decided to include Haider Ali, Fakhar Zaman and Sarfaraz Ahmed in the squad for the T20 World Cup 2021.

"The three in-form players bring with them wealth of experience and talent, and provide further stability, balance and strength to the side.

"It must be tough for Azam, Khushdil and Hasnain for missing out but they still have a lot to offer in their careers. They are in our future plans..."