Mohammad Rizwan's 79 not out off 50 balls against Namibia powered Pakistan into the T20 World Cup semifinals. 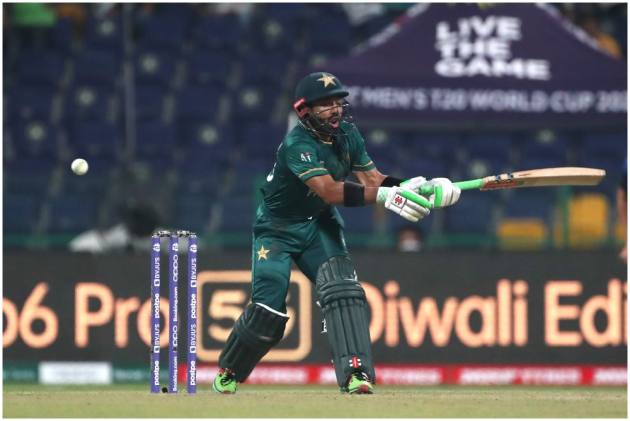 Mohammad Rizwan, who powered Pakistan into the T20 World Cup semifinals with a blistering 79 not out against Namibia in Abu Dhabi on Tuesday, said the plan was to take the game deep after struggling to get going early on.  (More Cricket News)

Opting to bat, Pakistan were off to a sedate start with just 59 runs on the board at the halfway mark, but the opening duo of skipper Babar Azam and Rizwan ended up adding 113 runs to propel their team to 189 for two in the Super 12 match.

"It was difficult to start off. We had difficulty understanding the conditions early on, hitting too was difficult so the plan was to take the game deep," Rizwan who was adjudged Man of the Match for his 50-ball knock said.

He credited senior batter Mohammad Hafeez for his cameo of 32 from 16 balls, which allowed him to settle down before going for the kill in the final over, which yielded 24 runs.

"Initially the shot was not coming. I just had to bide my time. I had to wait for the opportunity and Hafeez bhai gave me the momentum so I could take off in the final over."

The 2009 champions are now in the semifinals, having won four matches on the trot.

"All the boxes are ticked for the tournament, and now I think we are in with a fighting chance," he said about their chances."

Earlier, Pakistan skipper Babar Azam surprised many with his decision to bat after winning the toss.

The match against the associate nation was an opportunity to rest one or two of the regulars, but Babar went for an unchanged XI.

The skipper said he wanted to test their batting and it all worked as they ticked the boxes going ahead.

"It was a different plan today, wanted that opening partnership to go deep and it worked for us. Two good players in Hafeez and Hasan Ali, they'll be important in the next stage and it was important we ticked those boxes.

"There was some dew that didn't help with the fielding, but that's not an excuse, we need to be better. Everything has gone according to plan, we're looking forward to the semi-finals and playing our cricket with the same intensity."

"We knew from the start that Pakistan are high quality, they look like title contenders, we knew we'd have to compete hard and I thought we did that for quite a while."

"Pakistan were outstanding with their shot selection and their quality showed through the back end of the innings."

The skipper, who had a sore finger, added: "Finger's sore but you have to get through, it's a real milestone for cricket in Namibia."