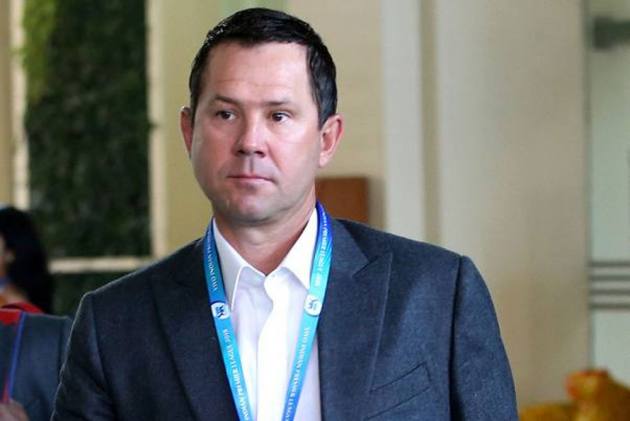 Ponting also feels that unearthing a reliable middle or lower-order batsman who can keep wickets could kill two birds with one stone.

"The spot they (Australia) have always been worried about is that finishing role. It's a very specialist position to be able to go in with three of four overs to go, with 50 runs needed and be able to do it," Ponting was quoted as saying in cricket.com.au.

"Dhoni has been in that one spot his whole career and no wonder he's so good at it. Hardik Pandya and Kieron Pollard are similar - these guys continually win games of cricket for their country and in the IPL, they're used to going in batting at those spots," he added.

Ponting, who coached Delhi Capitals in the currently-suspended Indian Premier League, said one of the reasons for Australia not having a good 'finisher' was that all of the best batsmen of the country bat in top four in Big Bash League.

"So you've actually got no one that's consistently batting in that area. That's what we've got to find," said the 46-year-old legendary batsman.

ALSO READ: Australia To Groom Stoinis As Finisher Like Dhoni

Stoinis has had success batting lower down the order under Ponting's guidance at the Delhi Capitals.

"I saw Stoinis at Delhi last year, he's opened the last few years of BBL and done a great job for the Melbourne Stars, but I needed someone that could finish games for us and he won two or three games off his own bat.

"So, it's there - but they will get better at it the more they do it. How they find a way for these guys to do it more, I'm not sure," said Ponting who is currently in quarantine in a Sydney hotel after returning from the suspended IPL.

He said more players could benefit from batting at the death regularly, but admitted convincing BBL teams to demote their best players would be tough.

And of equal concern, said the former captain, was identifying the best option for wicketkeeper, and suggested that the uncapped Josh Inglis could be in the mix, despite missing out on preliminary squad for the upcoming tours of the Caribbean and Bangladesh.

"The keeper-batsman is probably the slot they'd be losing the most sleep over right now...'who is going to be standing behind the stumps with the gloves on'?

"They have tried a few blokes - (Matthew) Wade has been there, (Josh) Phillipe has just played as a batter, Alex Carey has been in and out and tried in a few different batting spots."

"Josh Inglis' name could be thrown into the ring as well - I really liked what I saw from him batting in the middle order in last summer's BBL."

Ponting added: "He (Inglis) plays spin really well and you think about where the World Cup is going to be (in India or the UAE), he could be a name that could come up (for selection)."

Ponting has been part of Australia's T20 coaching staff in recent years and was an assistant for the ODI World Cup in 2019.

The T20 World Cup is scheduled to be held in India in October-November.