Despite a rather silent IPL 2021, Mumbai Indians' Ishan Kishan returned to form with 84 off 32 balls and 50 not out off 25 balls in final two games. 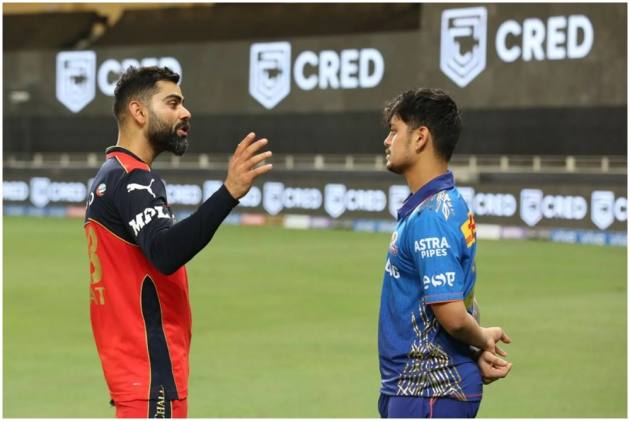 Back in form with two successive fifties in the IPL, young wicketkeeper-batter Ishan Kishan said skipper Virat Kohli has told him that he will be seen as an opener in the Indian squad for the T20 World Cup, starting this month in UAE and Oman. (More Cricket News)

The 23-year-old Kishan scored 84 off 32 balls and 50 not out off 25 balls at the top of the order in final two games for Mumbai Indians but it went in vain as the defending champions were knocked out of play-offs due to inferior net run-rate compared to Kolkata Knight Riders.

Rohit Sharma is a constant as India’s all-format opener and in T20s. KL Rahul and skipper Virat Kohli had opened with him but in the upcoming T20 World Cup, Kishan might be seen alongside him.

ALSO READ: The curious case of Mumbai Indians and their IPL 2021 journey

“I would love to open, and that is what Virat bhai said. But at the bigger level, you need to be prepared for everything,” said Kishan, who was recently distraught by his loss of form. Kishan is happy that he is back in form which would be good for Team India ahead of the mega event.

“A very good thing for me as well as for the team. Getting in good touch before the World Cup,” he added. MI needed to win their last game by a minimum of 170 runs but it was nearly impossible even though the five-time champions scored 235 in the end.

“A good state of mind is very important. I knew we are in a do-or-die situation. It was just the intent and the positive mindset. You have to be prepared for every circumstance. It's important to be in that mindset. I had a chat with Virat bhai, HP [Hardik Pandya], KP [Pollard] - they were all there,” the Patna dasher said.