India are in a three-team fight with Afghanistan and New Zealand for the second semi-final spot from Group 2. 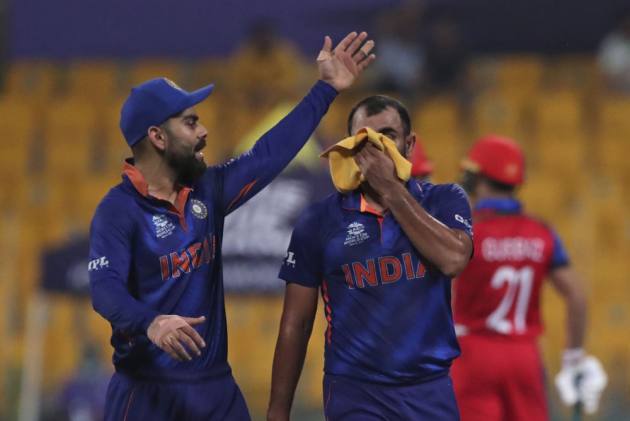 Virat Kohli on Thursday extended his greetings on the auspicious occasion of Diwali. He is currently leading India in the ICC Men's T20 World Cup 2021. The 2007 champions beat Afghanistan on the eve of Diwali to register their first win of the tournament. (More Cricket News)

"May the festival of lights illuminate your life with joy and happiness. Happy Diwali," Kohli wrote in a Twitter post.

May the festival of lights illuminate your life with joy and happiness. Happy Diwali. ðÂÂÂÂªÂÂÂÂ

The Indian cricket team in the UAE will also need some divine intervention as they hope against hope to make the knock-outs.

India started their T20 World Cup campaign with a 10-wicket defeat against arch-rivals Pakistan, then suffered another humiliating defeat against New Zealand. The defeats put the Men in Blue in serious danger of losing out on a semi-final spot.

The 66-run win against Afghanistan helped India improve their net run rate. But it's only the beginning of their hard work. India will need to replicate that performance in their remaining two group matches.

They are in a three-team fight with Afghanistan and New Zealand for the second semis spot from Group 2. Pakistan have already qualified for the knock-outs.

Even if India win their remaining matches against minnows Scotland and Namibia with big margins, Kohli's men still need a helping hand from either Afghanistan or Namibia.

If the Kiwis win their remaining two matches, against Namibia and Afghanistan, they are through to semis irrespective of other results. So, India's chances of making the last four now are out of their hands.

In fact, India's final group game against Namibia on November 8 in Dubai could be Kohli's last as the T20 captain of the national team.