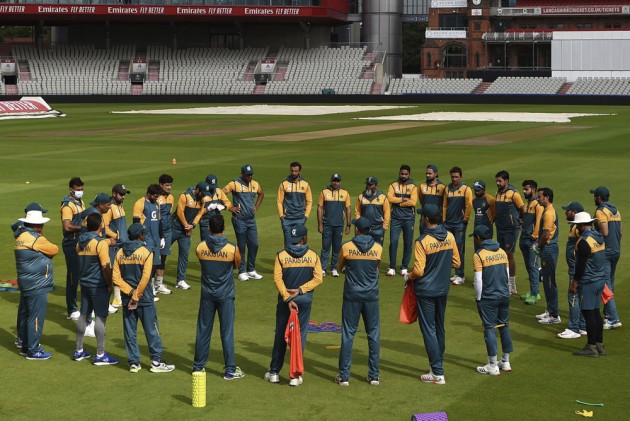 Pakistan on Friday named disgraced opener Sharjeel Khan, who served a ban for spot-fixing, in the national T20 squad for the upcoming away tours of South Africa and Zimbabwe. (More Cricket News)

Left-handed batsmen Sharjeel was banned for five years in August 2017 by the Anti-Corruption Tribunal of the Pakistan Cricket Board after being found guilty of corruption during the Pakistan Super League held in the UAE.

The tribunal, however, suspended two and half years sentence allowing Sharjeel to return to competitive cricket late last year when he appeared in the Pakistan Super League 5.

Besides Sharjeel, chief selector, Muhammad Wasim also announced a number of surprise exclusions and inclusions for the twin tour on which Pakistan will play three ODIs and four T20 internationals in South Africa and two Tests and three T20s in Zimbabwe.

A total of 22 players have been named for the T20 and ODI matches on the twin tours with 14 players featuring in both squads.

Wasim said that experienced Test leg-spinner, Yasir Shah had not been considered for the longer format since he was not fit.

He said uncapped fast bowlers, Shahnawaz Dahani, Arshad Iqbal and Muhammad Wasim jr had been called up for the three formats as a reward for their performances in domestic cricket and the Pakistan Super League.

While Dahani is in the Test squad, Arshad and Wasim who was classified as an all-rounder by the chief selector are in the T20 squad.

In a major exclusion, the selectors have not picked seasoned all-rounder, Imad Wasim for the T20 and ODI matches while continuing to ignore experienced batsman, Shoaib Malik.

Batsman, Abdullah Shafique who was initially picked last year for the T20 format but failed badly in New Zealand and was then dropped, has now been named in the ODI and Test squads.

Wasim also said that regular T20 players like Hussain Talat, Khushdil Shah, Aamir Yamin and Ammad Butt had also been dropped because of lack of form in recent matches.

The experienced left-arm pacer, Wahab Riaz has also been dumped for the twin tours but opener, Fakhar Zaman has also won a comeback in the ODI squad.

All-rounder, Shahdab Khan who sat out with an injury for the Test series in New Zealand is back in the white-ball squads while leg-spinner, Zahid Mahmood who made his debut against South Africa in the last T20 match has also been included in the Test squad.