Talents Must Be Scouted From Across India To Strengthen Our Sports Culture, Feels President Ram Nath Kovind 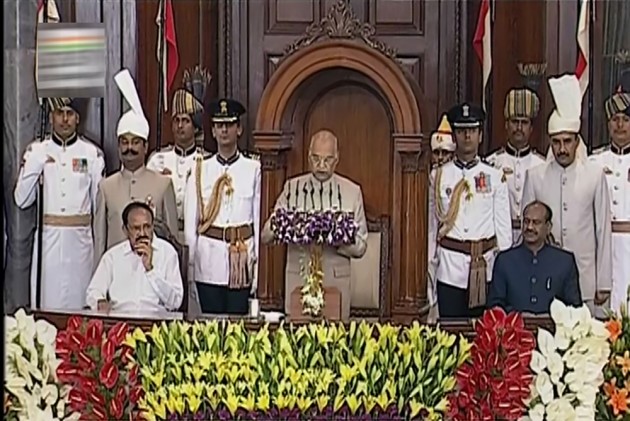 While addressing the joining sitting of both Houses of Parliament on June 20, President Ram Nath Kovind quipped that India needs to discover talents to become a powerhouse in the sports sector.

The 73-year-old further revealed that the new government would widen the 'Khelo India Programme'. It will be done so that the entire country is covered by it.

Kovind said that when a country performs well in sports competitions, it increases the pride of the country, and also increases the interest of children and youth in sports. He further added, "It also strengthens the culture of according primacy to health in life".

"To make India a global sports powerhouse, it is important that talented players living in far-flung areas of the country are identified and their selection process is made transparent," said Kovind.

He also mentioned that sports infrastructure (existing) need to be improved, and that the government is working towards that.

"To identify the players at the state and district level, it has been decided to widen the 'Khelo India Programme'. Under this, 2,500 talented players have been selected, and are being trained. Now this facility will be provided to 2,500 new players every year," said the President.