With the Taliban banning women's cricket, Afghanistan is already in serious violation of the requisite criteria to be a member of ICC. 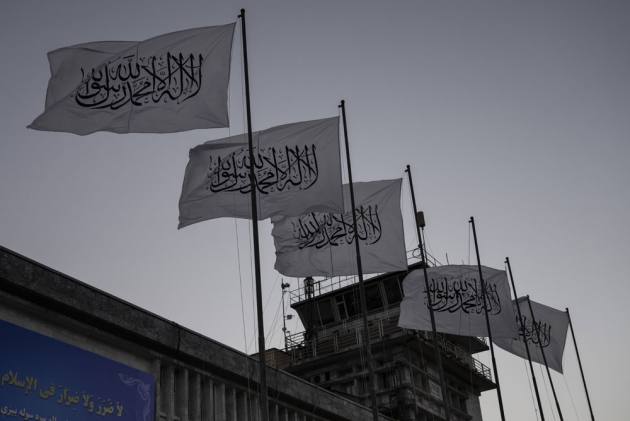 Afghanistan's participation in next month's T20 World Cup is becoming a matter of intrigue after Taliban's takeover of the strife-torn country, following which its Cricket Board's top official has been abruptly replaced and women have been barred from playing the game. (More Cricket News)

Afghanistan Cricket Board Executive Director Hamid Shinwari has been replaced by one Naseebullah Haqqani.

Amid mounting concerns about the future of the sport there, the ICC is also bracing up for the possibility of the Taliban flag being pushed as the Afghan flag at the T20 World Cup in the UAE and Oman from October 17.

The request, if it comes, is all but certain to be rejected by ICC's Board of Directors.

Save for Pakistan, where the Taliban government has got strong support including their former skipper Shahid Afridi, it is still not clear whether the other countries would be game to the idea of competing against Afghanistan under a changed flag.

"It's still early days. Till now, there has been no request to play under Taliban flag but as far as governance is concerned, the ICC Board needs to take a call. Everyone is tracking the developments in Afghanistan.

"Normally, even if ICC bans a cricket board, it ensures that players don't get affected. A Rashid Khan or a Mohammed Nabi are not at fault," an ICC board member said.

As per the ICC's membership criteria, an applicant must have "the appropriate status, structure, recognition, membership and competence to be recognized by the ICC (at its absolute discretion) as the primary governing body responsible
for the administration, management and development of cricket (men's and women's) in its country."

It also requires the member country to have "satisfactory women's pathway structures in place, and a sustained and sufficient pool of players to support strong and consistent national level selection across the senior men's, U19 and women's teams.

With the Taliban banning women's cricket, Afghanistan is already in serious violation of the requisite criteria.

The change of guard at the ACB, according to Shinwari, was done at the behest of Anas Haqqani, younger brother of Taliban's new Interior Minister Sirajuddin Haqqani of the infamous 'Haqqani Network'.

Sirajuddin Haqqani has been on FBI's radar for various attacks on Kabul during the presence of US-backed governments and the 'Haqqani Network', since 2012, has been dubbed as a Foreign Terrorist Organisation by the US government.

The reason being its involvement in insurgency, attacks on US military and civilian personnel as well as hurting Western interests in Afghanistan. The Haqqanis also have close ties to terror group al-Qaeda.