Saina Nehwal beat Phittayaporn Chaiwan 21-17, 21-19 to enter the second round of the Thailand Open badminton tournament on Wednesday. 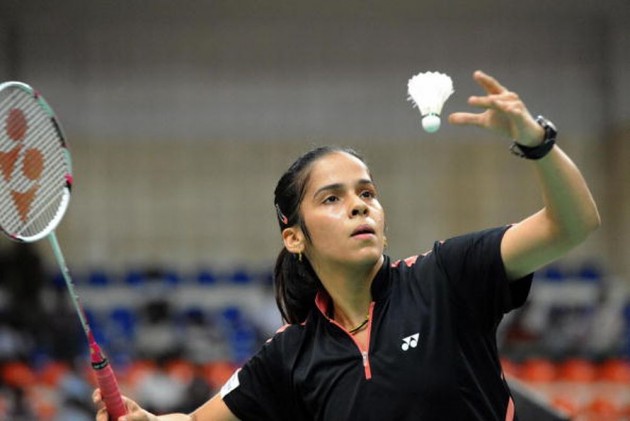 Star India shuttler Saina Nehwal returned to the court in style, registering a straight-game win over local hope Phittayaporn Chaiwan, to sail into the women's singles second round of the Thailand Open on Wednesday.

Returning to action after nearly two months, Saina, who made last-minute withdrawals from Indonesia Open and last week's Japan Open because of injuries, got past Chaiwan 21-17, 21-19 in her opening round contest.

The seventh seeded Indian will next play the winner of another first round match between Japan's Sayaka Takahashi and Ruseli Hartawan of Indonesia.

It was good news for Indians in the men's singles event as well as the likes of Kidambi Srikanth, H S Prannoy, Parupalli Kashyap and Shubhanker Dey all progressed to the next round by overcoming their respective rivals.

Fifth seed Srikanth was made to toil hard for one hour and seven minutes by Chinese qualifier Ren Peng Bo before the Indian came out victorious 21-13, 17-21, 21-19. Srikanth will be up against Thailand's Khosit Phetpradab in the second round.

Both Prannoy and Kashyap have tough second round encounters in hand as they are up against sixth seeded Japanese Kenta Nishimoto and third seed Chou Tien Chen of Taipei respectively.

Lady luck smiled on Subhankar Dey as he was handed a walkover by top seed and world number 1 Kento Momota of Japan in his opening round contest.

However, it was curtains for Sourabh Verma. He fought hard for 64 minutes against seventh seed Kanta Tsuneyama of Japan before going down 21-23, 21-19, 5-21 in his opening match.

Earlier in the day, the mixed doubles pair of Satwiksairaj Rankireddy and Ashwini Ponnappa recorded one of the biggest wins of their career, stunning Olympic silver medallists Chan Peng Soon and Goh Liu Ying in the first round.

It is only the second time that world number 23 Ponnappa and Rankireddy got the better of Soon and Ying, ranked 5th in the world. The Indian pair had defeated their Malaysian opponents in the mixed team event of Gold Coast Commonwealth Games last year.

Ponnappa and Rankireddy will play Indonesia's Alfian Eko Prasetya and Marsheilla Gischa Islami in the second round.

The other Indian mixed doubles pair of Pranaav Jerry Chopra and N Sikki Reddy eased past Japanese duo of Kohei Gondo and Ayane Kurihara 21-16, 21-13. They will next play eight seeds Tang Chun Man and Tse Ying Suet of Hong Kong.

In another women's singles match, India's Sai Uttejitha Rao Chukka was no match for China's Chen Xiao Xin, losing 17-21, 7-21 in the first round.