Thangarasu Natarajan Relives His Dream Debut In Australia, Thanks Both Virat Kohli And Ajinkya Rahane 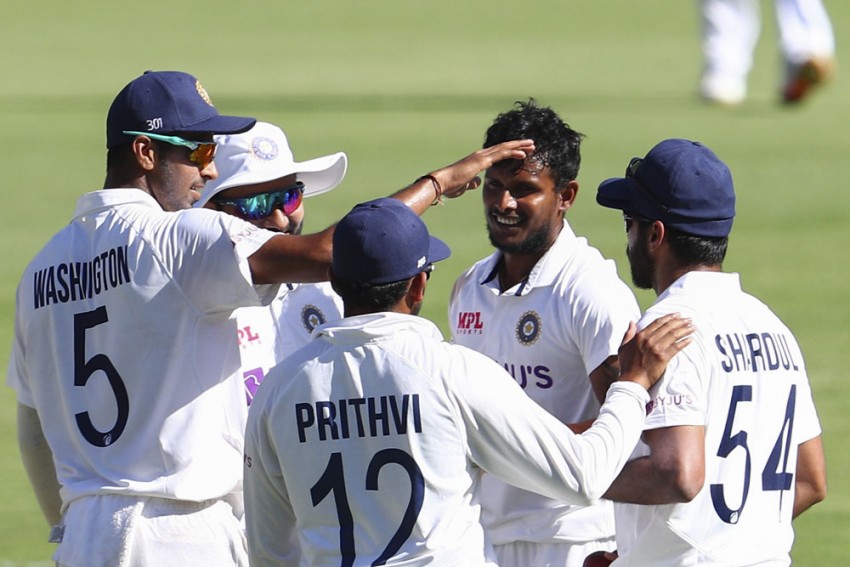 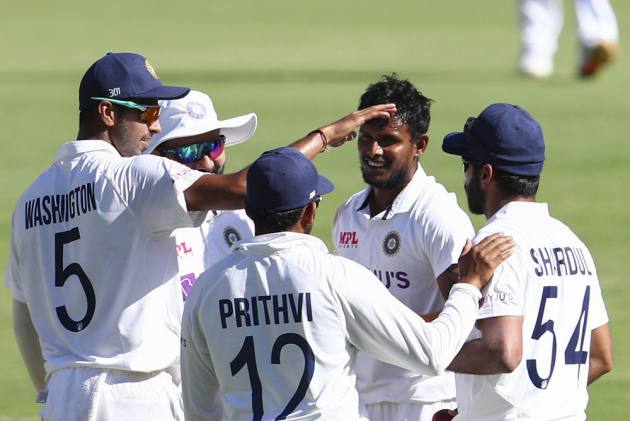 Taken to Australia as net bowler, pacer Thangarasu Natarajan ended up making history by debuting in all three formats and he said he didn't expect to get the opportunity and was under pressure in his first match in India colours. (More Cricket News)

The 29-year-old Natarajan became the only India player to make a debut in all three formats in the same tour. He made his India debut in the third ODI in Canberra on December 2.

"I was keen to do my job. I didn't expect to get an opportunity in the ODIs. When I was told that I will be playing there was pressure. I wanted to make use of the opportunity. Playing and taking a wicket was like a dream," Natarajan told reporters in Chinnappampatti in Salem district.

The left-arm pacer made his Test debut in the fourth and final match at Gabba which India won to seal a historic series win against Australia. Natarajan took three wickets in the match.

He said representing the country was a dream come true.

"I cannot express my happiness in words about playing for India...It was like a dream. I got a lot of support from the coaches, players. They supported and motivated me a lot. I was able to perform well because of their backing," he said in Tamil.

Natarajan also said he enjoyed playing under the captaincy of Virat Kohli and Ajinkya Rahane, adding they both supported and encouraged him a lot.

"(Virat) Kohli and Ajinkya Rahane handled me very well.. they had positive things to say and encouraged me a lot. I enjoyed playing under both of them," he added.

Kumar Sangakkara To Be Rajasthan Royals Cricket Director For IPL 2021