Ben Stokes hit a stunning unbeaten century as England beat Australia by one wicket to win an epic third Test at Headingley on Sunday and keep the Ashes alive. 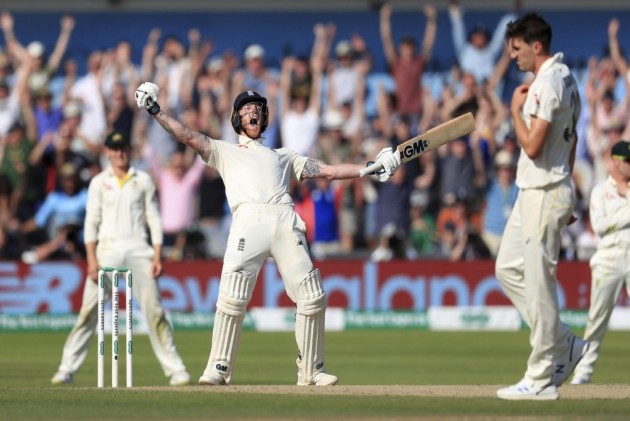 Joe Root says Ben Stokes' heroics against Australia must act as a marker for his teammates in the remainder of the Ashes. (LEEDS TEST HIGHLIGHTS | SCORECARD)

England levelled the 2019 series at 1-1 with a dramatic one-wicket win at Headingley on Sunday that owed much to a masterful 135 not out from all-rounder Stokes. (CRICKET NEWS)

Captain Root had helped set the platform for the victory with 77 but, when Jos Buttler was run out following a mix-up with Stokes, England's hopes of keeping the series alive looked slim.

Australia were on the brink of retaining the Ashes when Stuart Broad fell to James Pattinson but last man Jack Leach made a gritty one not out as Stokes went into one-day mode to see England to their target of 359.

Stokes was also the star when England lifted the Cricket World Cup earlier this year at Lord's and Root wants England to take inspiration from his latest contribution with two Tests still to play.

"We said at the start of the day we just had to believe," Root said at the post-match presentation.

"We have witnessed some freakish things this summer during the World Cup and I didn't think we would see something so similar happen during the Ashes.

"It was an incredible game of cricket, an incredible atmosphere, Test cricket is alive and kicking, as is this Ashes series. It is fabulous to be able to stand here, be 1-1 all in this series and take all of this in.

"To try and sum up Stokes' innings in words is impossible. He has got previous and he has got that in the bank, he had to call upon all that but to stay as calm and collected as he did in the moment it took a great amount of skill, courage and belief in his own ability. It is a fabulous marker for everyone.

"I am still trying to get my head around everything, it was just amazing. When you are on the right end of these sorts of results it carries a lot of weight. Hopefully it can make a big difference.

"Ben deserves all the plaudits and adulation that he gets given."

England and Australia resume the series at Old Trafford for the penultimate Test of the series, with the action starting on September 4.