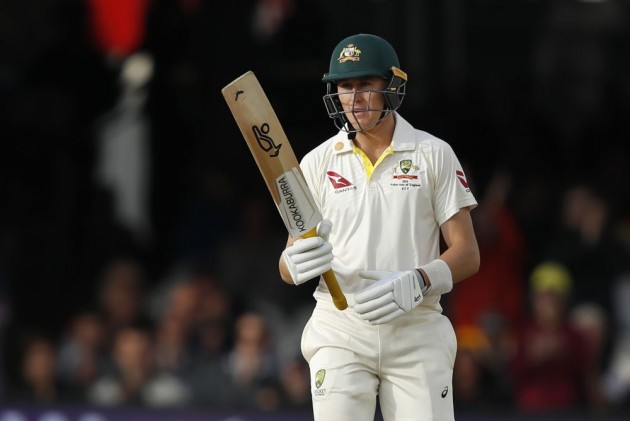 Paine's team were set 267 to win inside 48 overs on the final day at Lord's after the hosts declared on 258-5 following a century from Ben Stokes (115 not out). (CRICKET NEWS)

However, they were more concerned with batting out the day when Jofra Archer swiftly removed David Warner and Usman Khawaja to bring Labuschagne to the crease.

The 25-year-old was only thrust into the action as the first concussion substitute in Test history after Smith withdrew having been struck on the neck on Saturday by a bouncer from Archer, who then delivered a 91.6 miles-per-hour rocket that flew into Labuschagne's helmet grille and knocked him to the ground.

After receiving treatment on the field, Labuschagne went on to make a valuable 59, sharing an 85-run stand with Travis Head (42 not out) that took the game beyond England's reach – Australia eventually finishing with 154-6 to retain their 1-0 series lead.

"[It was] really pleasing for us to see him do that, particularly after the second ball he copped," Paine, speaking to Sky Sports, said of Labuschagne.

"To get 150 kilometres per hour in the face and be able to stand up and play the way he did, for such a young player in Test cricket, was fantastic. Travis Head was the same."

Smith had returned to bat on Saturday following assessment from Australia's medical staff, yet it was confirmed on the final day that he would play no further part in the Test having displayed concussion symptoms in the morning.

Australia have said it is unlikely that their talismanic batsman will feature in the third Test, which begins at Headingley on Thursday.

"Obviously it was a really nasty knock. He felt okay yesterday and then, as concussions tend to be, [the symptoms were] delayed. He woke up, not feeling at his best, so the decision was made to leave him out."

Asked whether he was happy that Smith was able to return on Saturday, Paine added: "I'm no doctor but we've got some professionals behind the scenes that make those decisions.

"Steve passed all his tests [on Saturday], was feeling okay. He deteriorated a little bit overnight, he retested, they weren't as good this morning so the medical professionals made that call.

"He will need to improve [to play at Headingley], there's no doubt about that, but hopefully for our sake he does improve in the next few days."