There Are Many People With A Lot Of Promise At Junior Level: Anand On Future Of Indian Chess

Chess legend Viswanathan Anand on Sunday said the country has many immensely talented players at the junior level, and one of them can "hopefully" become a world champion in future. 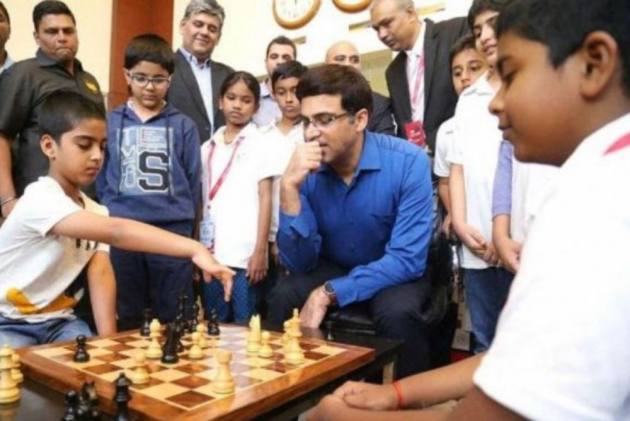 Chess legend Viswanathan Anand on Sunday said the country has many immensely talented players at the junior level, and one of them can "hopefully" become a world champion in future. (More Sports News)

"There are many people with a lot of promise at junior level. R Praggnanandhaa, Nihal Sarin, D Gukesh, they're very good and motivated. They have been travelling around playing tournaments, they have the determination. Hopefully one of them cracks the code," Anand said. He was responding to a question on who among the young Indians could go on to become a world champion in future.

The five-time world champion was participating in an online interaction 'Chat with Vishy - Viswanathan Anand' with the participants of the training programme he conducts. Anand also spoke about and analysed the games he played during the recent FIDE Online Olympiad in which India went down to the US in the tiebreaker in the semifinals to settle for a bronze.

Anand, who beat America's Jeffrey Xiong in the first round before going down to his opponent in the semifinal, said the first game was good but the second was something he was embarrassed about.

"A match we should have won (against the US). The first round we won decisively. The first game against Jeffrey was a good one, the subsequent game against him is something I am embarrassed about," he added. Anand further said evaluating the performance on the basis of the showing in the knockout was probably not the "good way".

"So, that's the thing about knockouts. It is not a very good way to evaluate if the tournament was well played or not. Decent team, decent chances. It can happen in this format. We hope we will do better the next time," he said about a strong Indian team's defeat at the hands of the USA.

He was also asked about the upcoming world championship match in which the reigning champion Magnus Carlsen will take on Russian Ian Nepomniachtchi in Dubai beginning on November 26.

"Next world champion, once again you have to say Magnus. His recent form has been good while Nepo (Nepomniachtch) has suffered. Magnus has come back from some difficult tournaments. He is just very impressive," he said.