Steve Smith wants another chance to captain Australia, but head coach Justin Langer is happy with the current incumbents 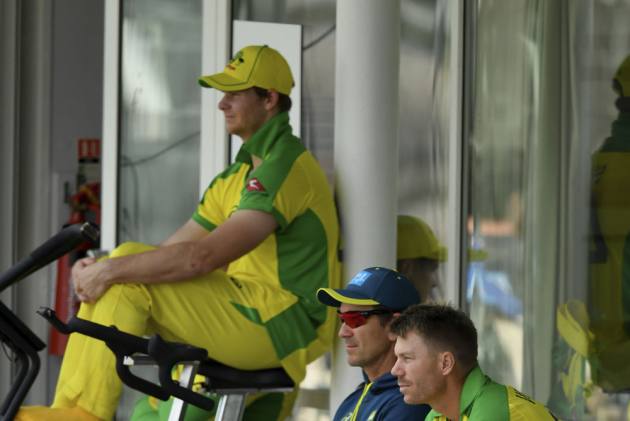 Justin Langer says there is "no captaincy position available" for Steve Smith after the former skipper expressed his desire to lead Australia again. (More Cricket News)

Smith's reign as Australia captain ended when he was banned from international cricket for a year and prevented from taking a leadership role for his country for two years due to the 2018 Newlands ball-tampering scandal.

Tim Paine took over as Test skipper and Aaron Finch white-ball captain, but Smith stated that he wants another chance to take charge again.

"I've certainly had a lot of time to think about it and I guess now I've got to a point where if the opportunity did come up again, I would be keen," the 31-year-old told News Corp.

"If it was what Cricket Australia wanted and it was what was best for the team at the time, it's certainly something I would be interested in now, that's for sure,"

He added: "Time keeps moving forward, and I've learnt so much the last few years about myself and grown as a human being.

"I feel as though I'd be in a better place if the opportunity did come up. If it doesn't, that's fine as well and I'd support whoever is in charge the same way I've supported Tim and Finchy. I haven't always felt like I wanted to do it again. That's only come in the last little bit."

Yet Australia head coach Langer says both Paine and Finch are secure in their positions.

"We have two very good captains and two important competitions coming up – an Ashes and a T20 World Cup. Our future looks good," he told the ABC.

"Despite the media chatter there is no captaincy position available."