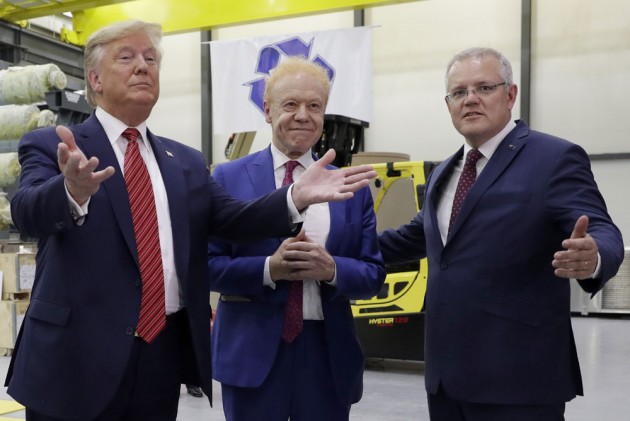 Indian Prime Minister Narendra Modi is not the only state head of a cricket-mad country currently in the United States. Australian Premier Scott Morrison is also getting his fair share of American sun, basking together with President Donald Trump.

Modi might have missed the chance to pitch cricket like Trump's basketball 'Mumbai dunk' at the 'Howdy Modi' event, but Morrison was lucky enough to get compared with batting great Sir Don Bradman, which left the American president stumped, confused.

Morrison, who is continuing his US trip with a visit to Ohio on Monday, talked about job creations with Trump, in the presence of Australian billionaire Anthony Pratt.

During their discussion, Pratt hailed Morisson as "the Don Bradman of Australian job creation." But Trump, with no idea about cricket and its greatest batsman, failed to grasp the comparison.

Then, Pratt said, "Don Bradman was our Babe Ruth."

By the way, Ruth was a champion American baseball star, who dominated the sport during the early part of the 20th century.

this is very funny to me

Cricket, which is slowly gaining popularity in the United States thanks to South Asian expatriates, was first played in the country in 1844, in Manhattan.