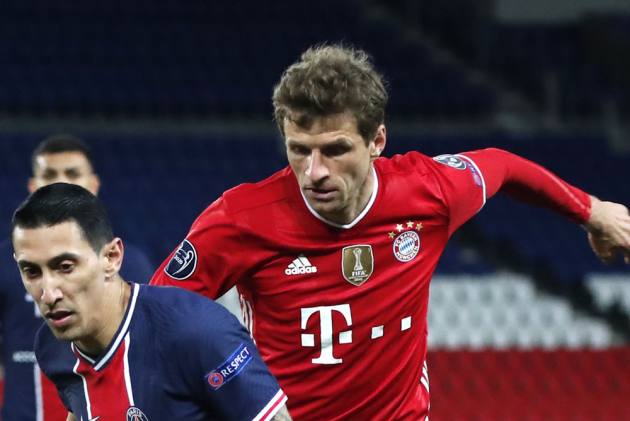 Champions League holders Bayern won 1-0 in the quarter-final second leg in Paris on Tuesday, but were knocked out on away goals after losing 3-2 in Munich.

Muller said the disappointment was big as he bemoaned Bayern's inability to take their chances when they had them against last season's runner-up PSG.

"We didn't do ourselves any favours with the first leg result," Muller told Sky Germany. "The disappointment is big."

Bayern are the third consecutive reigning Champions League winners to fail to reach at least the semi-final stage the following season in the competition, something that has not happened since four successive teams failed between 2004-05 and 2007-8 (Porto, Liverpool, Barcelona and Milan).

Muller added: "We scored one goal too few to advance. The course of the game was different from Munich. We didn't have so much pressure in the early stages.

"In the second half, the effort was always there, but the game was very disjointed. In the end, Paris has a great offence, but it's very disappointing that we got eliminated even though we won in Paris."

PSG go through on away goals after a 3-3 draw on aggregate.

Hansi Flick's Bayern mustered 45 shots over their two clashes with PSG – the joint-most any team managed against an opponent in two games in the Champions League this season (level with Sevilla against Krasnodar).

"It was not just because of today," Neuer said. "The 1-0 was deserved, but the result last week was not good enough.

"It's annoying, especially if you look at the first game, where we missed many chances and conceded one or two goals too many.

"All the players not here today were missed. It's difficult when you play against such a great team then. Still, we had a top team on the pitch that gave it everything."