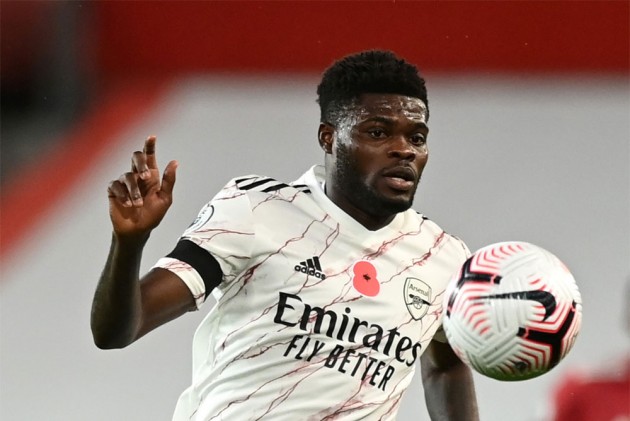 Arsenal manager Mikel Arteta lauded Thomas Partey and his impact as the star midfielder prepares to return for the Gunners. (More Football News)

Partey has been restricted to just six matches for Arsenal since arriving from LaLiga side Atletico Madrid in a £45million deal three months ago.

Only one of those appearances has come in the last two months, having aggravated a thigh injury in Arsenal's 2-0 loss to London rivals Tottenham in December.

However, Partey is back in contention for Thursday's Premier League clash with Crystal Palace and Arteta is excited to be able to call upon one of his key men once again.

"He makes players better around him and that's a big, big quality.

"It's incredible that we are in January, we signed him in October and we have only played him [a handful of times]."

We saw it, Thomas

Partey has completed 2.6 dribbles per 90 minutes in his five Premier League outings and attempted 3.25 tackles per game, which no other Arsenal player can match.

And though the north London side have won only one of those five matches, compared to six victories in 12 league games without him, Arteta admitted Arsenal have missed the midfielder's presence.

"We haven't really seen the impact he could have on the team. Obviously we have missed him. I think it's going to be a big bonus if we can keep him fit," he said.

"When you are injured you feel first of all the responsibility when the club has made the effort we made to sign him.

"He was so willing for months to be joining us. He really wants to be a part of it and knows how much he can help.

"Then he had to deal with the injuries, with the lockdown and moving into a new place, and that's been tough for him.

"That's why sometimes he was rushing and wanted to do everything straight away, because he's so willing to come back, he doesn't want to be alone at home.

"He's in a really good place, he's settled really well in the dressing room, around the staff. He's a special character and hopefully we can see him on the pitch finally."