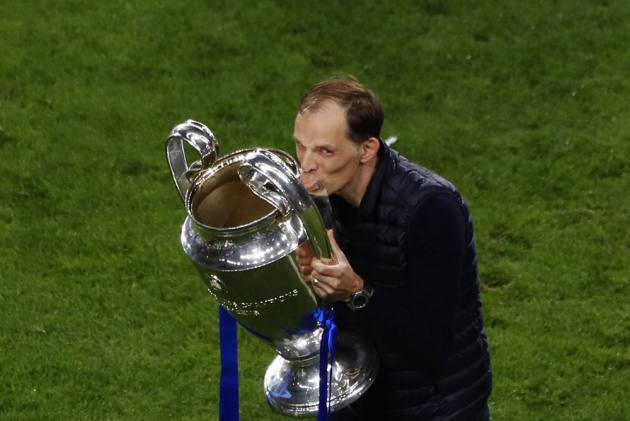 The German replaced Frank Lampard in the Stamford Bridge dugout in January, also leading Chelsea to the FA Cup final and into the top four of the Premier League in his first four months in charge.

Tuchel signed an 18-month deal with the Blues at the time, but he has been rewarded for his successful start to life in west London with a contract that runs through to the end of 2023-24.

"I cannot imagine a better occasion for a contract renewal. I am grateful for the experience and very happy to stay part of the Chelsea family," Tuchel told Chelsea's official website on Friday.

"There is far more to come and we are looking forward to our next steps with ambition and much anticipation."

Tuchel has won 19, drawn six and lost five of his first 30 matches in charge of Chelsea in all competitions, conceding only 16 goals across that period.

Since his first game at the helm on January 27, no Premier League have lost fewer games, conceded fewer goals or kept more clean sheets (19) across all competitions than Chelsea.

The Blues lost 1-0 to Leicester City in the FA Cup final on May 15, but they pipped the Foxes to fourth spot in the Premier League – having been ninth when Tuchel took charge – and beat Manchester City 1-0 in the Champions League final.

Speaking after that triumph in Porto, secured through a Kai Havertz strike, Tuchel suggested his agent had already agreed a new contract for him in the event of Chelsea being crowned champions of Europe.

Chelsea director Marina Granovskaia said: "When Thomas joined us in January there was still so much to play for domestically and in Europe. He slotted in seamlessly and immediately became an integral part of the Chelsea family.

"Returning us to the top four in the Premier League was crucial, and we could not be happier with our success in the Champions League, which crowned a remarkable season at Chelsea.

"We are obviously extremely pleased therefore to retain Thomas for a further two years, and look forward to more achievements in the coming seasons."