Having suffered the pain of a Champions League final defeat last year, Thomas Tuchel was not to be denied in Porto on Saturday. 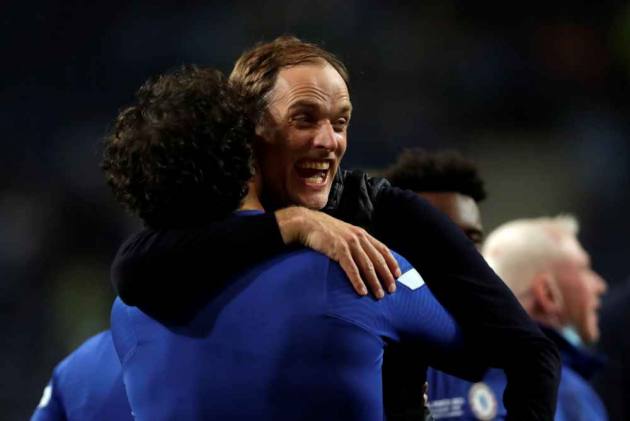 Thomas Tuchel savoured Chelsea's "incredible" Champions League triumph and said the approach to beating Manchester City was to be "a stone in their shoe". (More Football News)

Club-record signing Kai Havertz's first Champions League goal late in the first half was enough for the Blues to win the biggest prize in European club football in Porto on Saturday.

City could only register one shot on target at Estadio do Dragao as Chelsea were crowned champions of Europe for a second time.

Tuchel was only appointed to replace Frank Lampard at Stamford Bridge in January and four months later the German has made them the kings of the continent.

The 47-year-old suffered the agony of losing the Champions League final to Bayern Munich when he was Paris Saint-Germain head coach last season, but had very different emotions this time around.

"To share it with everybody is incredible. We made it. Wow. I don't know what to feel," said the former Borussia Dortmund boss.

"I was so grateful to arrive a second time [in the final]. I felt different. We were somehow... You could feel it getting closer, we had the focus.

"The [players] were determined to win this. We wanted to be a stone in their shoe. We encouraged everybody to step up and step out, to be more brave and create dangerous counter-attacks.

"It was a tough physical game. We had to help each other out."

Tuchel has masterminded three victories over City in just over a month, overcoming Pep Guardiola's side in the Premier League and FA Cup prior to this weekend's triumph.