Chelsea's XI had seven changes against Arsenal – something Thomas Tuchel conceded was a mistake as they lost 1-0. 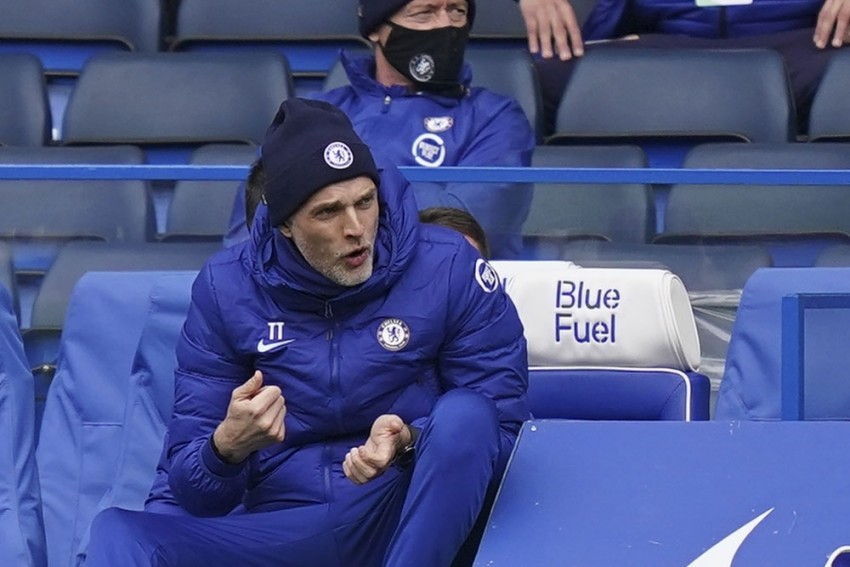 An awful backpass from Jorginho almost resulted in a comedy own goal and led directly to Emile Smith Rowe's 16th-minute winner – Pierre-Emerick Aubameyang teeing up the youngster for his second goal in as many matches.

Chelsea went on to dominate for long spells, with Kurt Zouma and Olivier Giroud each hitting the bar in the final minutes.

But Tuchel rued his decision to make seven alterations to the team that beat champions Manchester City 2-1 on Saturday, potentially putting Chelsea's top four hopes back in the balance.

"We had huge chances. We made, more or less, an own goal. A total gift.

"Overall we were not sharp enough and we could not put up the same intensity as usual.

"It's on me. I think it was maybe too many changes from the last match. I take full responsibility for that. Maybe it's the last wake-up call for us.

"I did not feel we were involved in the same way, sharp and with intensity, like we were in the last game. These are the percentages that are missing today."

Chelsea face Leicester City in the FA Cup final on Saturday – the first of two shots at silverware this month ahead of the Champions League final on May 29.

Nevertheless, Tuchel maintained he overplayed his hand by not selecting an XI to see off Arsenal.

0.4 - Chelsea have conceded 26 goals in 19 Premier League games when Antonio Rüdiger hasn’t started this season (1.4 per game), compared to just seven conceded in the 17 games when the German has started (0.4 per game). Loss. pic.twitter.com/uZYUgTLjJW

"We are on a good run, we had a good mood and the choices were not so good from my side for the line-up, this is on me," he continued.

"We were unlucky. You can lose these games in football and we did everything today to lose.

"I'm not happy with my line-up. There were too many changes and I should not do it like this."

Liverpool play two league games before Chelsea return to top-flight action, by which point they could have closed to within a point of Tuchel's fourth-placed side with two games remaining.

West Ham will also look to close the gap as the battle for Champions League qualification goes down to the wire.

"It's always a big fight, it never felt like a relief," Tuchel said, whose team's next Premier League outing will also be versus Leicester.

"I think it's still in our hands. We had some good results so we have to cope now with a loss."

The former Paris Saint-Germain boss removed Billy GIimour at half-time in favour of Callum Hudson-Odoi, although he insisted the decision was purely tactical and should not be viewed as a slight on the young midfielder's performance.

"It wasn't that Billy was bad, we just wanted an offensive change for tactical power," Tuchel said in his post-match news conference.

"For Billy's situation, we will talk after the season but right now he is here and doing his job. It is clear that it is very hard for him.

"We lacked N'Golo and Mateo Kovacic in midfield. It is unfair to put it all on his shoulders and he had a fantastic game against Manchester City.

"It was an okay match. He was by far not the problem."

Tuchel confirmed that Kepa Arrizabalaga was selected in goal to get him ready for a starting berth against Leicester at Wembley.