Tiger Woods was said to have been lucky to escape with his life after a car crash and he is now undergoing extensive rehabilitation on his road to recovery. 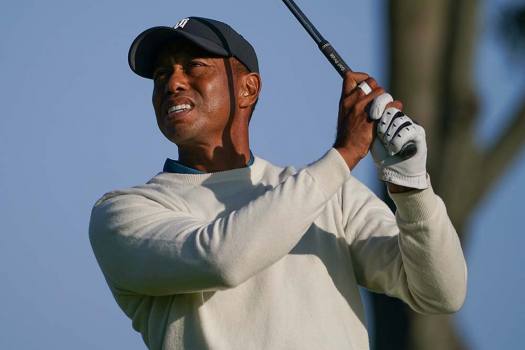 Woods suffered a comminuted open fracture in his right leg, which required emergency surgery, while also sustaining additional injuries to his foot and ankle as a result of the single-vehicle incident in California.

The 45-year-old returned home to Florida three weeks later and has undergone extensive rehabilitation since.

Woods is no stranger to going under the knife, having had five procedures on his back, but the pain experienced in the collision earlier this year was unlike anything the golf superstar has encountered.

"This has been an entirely different animal," he told Golf Digest.

"I understand more of the rehab processes because of my past [golfing] injuries, but this was more painful than anything I have ever experienced.

"My physical therapy has been keeping me busy. I do my routines every day and am focused on my number one goal right now: walking on my own. Taking it one step at a time."

.@TigerWoods speaks out about his recovery. pic.twitter.com/vnCvaik96m

Woods uploaded a picture of himself on crutches and his right leg in a brace to social media last month.

"It's funny because in that photo, the crutches definitely make my shoulders look big," he said.

"Maybe it's the workouts, too. It's been nice having the ability to still stay strong and work out my upper body."

Woods, who did not answer any questions on whether he intends to play competitive golf again, is thankful for the support he has received from well-wishers.

"It's been incredible," he said. "I have had so much support from people both inside and outside of golf which means so much to me and has helped tremendously."

Los Angeles police said in April that Woods' crash was caused by excessive speeds that caused him to lose control of the vehicle he was driving.

Police examined data recorded from the vehicle – a 2021 Genesis GV80 SUV – and found he was driving at speeds in excess of 80mph in an area with a 45mph speed limit.

He was travelling at an estimated 75mph when he hit a tree, with officers believing the 15-time major winner might have inadvertently hit the accelerator instead of the brake as there was no evidence of braking.