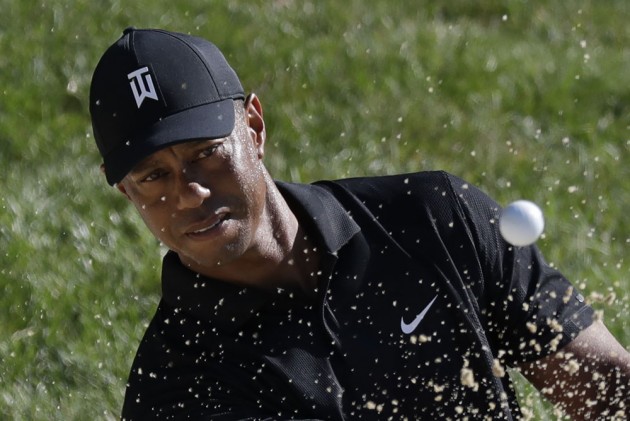 One of the most popular sports superstars, Tiger Woods, has been taken to hospital with injuries sustained in a car crash early Wednesday morning (India time) in Los Angeles. The 45-year-old golf great reportedly suffered multiple leg injuries in the accident and was undergoing surgery. His condition wasn't yet clear.

According to reports, Woods was the sole occupant of a vehicle which rolled over on the border of Rolling Hills Estates and Rancho Palos Verdes.

A statement released on the Los Angeles County Sheriff's Department said that the vehicle was a "wreck". The County officials added that the firefighters required the "jaws of life" to extricate Woods from the vehicle. He was then transported via ambulance to a local hospital.

This morning @LMTLASD responded to a roll-over collision in which @TigerWoods was injured. Please see our statement... pic.twitter.com/cSWOxKZC1w

"Tiger Woods was in a single-car accident this morning in California where he suffered multiple leg injuries. He is currently in surgery and we thank you for your privacy and support," Golf Digest said quoting Woods' agent Mark Steinberg.

In January, he had undergone back surgery for the fifth time in his career. The surgery was deemed to have been successful, but earlier this week, the 15-time major champion wondered if he would be fit to play the Masters again this year.

A KABC-TV helicopter over the scene of Woods' accident showed a car on its side with the front end heavily damaged. Air bags appeared to be deployed. The wreckage appeared to be just off the side of a road on a hillside.

This is the third time Woods has been involved in a car investigation. The most notorious was the early morning after Thanksgiving in 2009, when his SUV ran over a fire hydrant and hit a tree.

That was the start of shocking revelations that he had been cheating on his wife with multiple women. Woods lost major corporate sponsorship, went to a rehabilitation clinic in Mississippi and did not return to golf for five months.

In May 2017, Florida police found him asleep behind the wheel of a car parked awkwardly on the side of the road. He was arrested on a DUI charge and said later he had an unexpected reaction to prescription medicine his back pain. Woods later pleaded guilty to reckless driving and checked into a clinic to get help with prescription medication and a sleep disorder.

Woods' long-standing back issue has required five procedures. And he has had a mixed record with managing the injury in recent years.

Woods claimed a long-awaited fifth green jacket at Augusta National in 2019 but has missed the cut at three of the six majors since then.

Woods has played only three events this season, most recently the 2020 Masters, delayed until last November due to the coronavirus pandemic.