Tim Paine had sent an image of himself along with a string of lewd messages to a co-worker in 2017, according to reports. 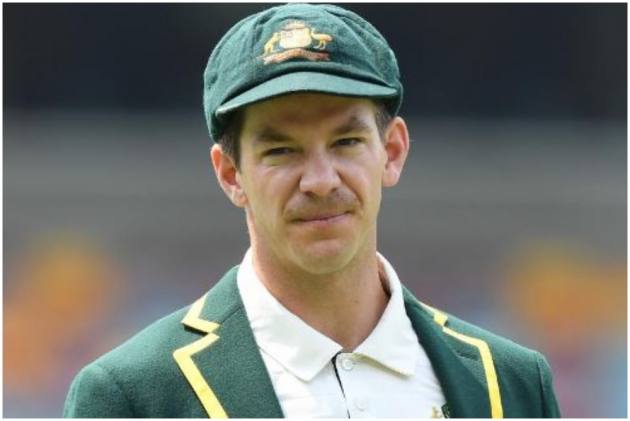 Australia Test skipper Tim Paine on Friday resigned from captaincy after being investigated by his national cricketing board over sending an image of himself along with a string of lewd messages to a co-worker. (More Cricket News)

The wicketkeeper-batter was appointed as Australia Test captain after the ball tampering scandal, which involved then captain Steve Smith, David Warner, and Cameron Bancroft, in South Africa in 2018.

In a statement, Tim Paine has advised the Board of Cricket Australia of his decision to stand down as captain of the Australian men’s Test team, effective immediately.

“Tim felt it was in the best interests of his family and Australian cricket to take this decision to step down as captain," Cricket Australia chairman Richard Freudenstein said.

“The Board has accepted Tim’s resignation and will now work through a process with the National Selection Panel of identifying and appointing a new captain. While the Board acknowledges an investigation cleared Tim of any breach of the code of conduct regarding this matter some years ago, we respect his decision.

“CA does not condone this type of language or behaviour. Despite the mistake he made, Tim has been an exceptional leader since his appointment and the Board thanks him for his distinguished service.

The statement further revealed that Tim Paine will be available for selection for the Ashes against England, starting December 8 at The Gabba.

“Tim will continue to be available for selection in the Test team through the Ashes summer.”

AYO TIM PAINE WHAT IS THIS pic.twitter.com/H3dWQ7oJuf

Speaking to media, Time Paine confirmed that he had stepped down as Australia Test captain with immediate effect.

“It’s an incredibly difficult decision, but the right one for me, my family, and cricket,” Paine was quoted as saying to news.com.au.

“Although exonerated, I deeply regretted this incident at the time, and still do today. I spoke to my wife and family at the time and am enormously grateful for their forgiveness and support. We thought this incident was behind us and that I could focus entirely on the team, as I have done for the last three or four years. However, I recently became aware that this private text exchange was going to become public.

“On reflection, my actions in 2017 do not meet the standard of an Australian cricket captain, or the wider community. I’m deeply sorry for the hurt and pain that I have caused to my wife, my family, and to the other party. I’m sorry for any damage that this does to the reputation of our sport. And I believe that it is the right decision for me to stand down as captain, effective immediately. I do not want this to become an unwelcome disruption to the team ahead of what is a huge Ashes series.

“I have loved my role as captain of the Australian cricket team. It’s been the greatest privilege of my sporting life to lead the Australian men’s Test team. I’m grateful for the support of my teammates and proud of what we’ve been able to achieve together. To them, I ask for their understanding and forgiveness. To Australian cricket fans — I’m deeply sorry that my past behaviour has impacted our game on the eve of the Ashes. For the disappointment I have caused to fans and the entire cricket community, I apologise.

“I’ve been blessed with a wonderful, loving and supportive family, and it breaks my heart to know how much I’ve let them down. They have always stood by me, been my most loyal fans, and I’m indebted to them for their support. I will remain a committed member of the Australian cricket team, and look forward with anticipation to what is a huge Ashes tour," Paine added.

According to the Herald Sun, the messages date back to the eve and the morning of the first Ashes Test at the Gabba in 2017. They report that while some of the messages were too explicit to publish, the exchange included Paine suggesting to the woman: “Will you want to taste my *** ?? F*** me, I’m seriously hard.”

Tim Paine married Bonnie in 2016 and the couple have two children together. He has played 35 Tests for Australia, scoring 1534 runs and making 157 dismissals in the longest format. In the 2019 Ashes series against England, Paine led Australia team which retained the trophy overseas for the first time in 18 years.