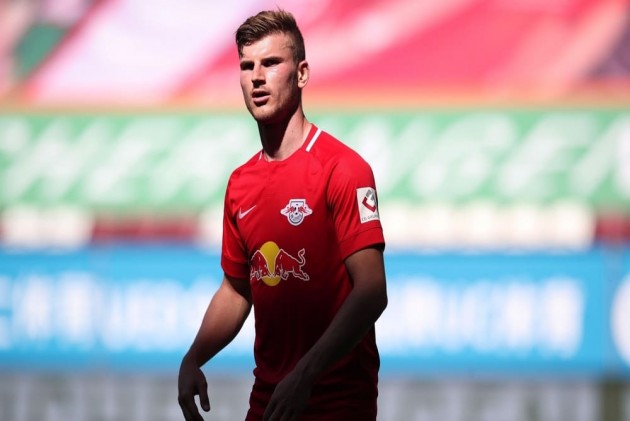 Timo Werner scored twice against Augsburg on Saturday to become RB Leipzig's all-time leading scorer in his final match with the club.

The Germany international opened the scoring in the first half on Saturday, which put him on 94 goals for Leipzig – a new club record.

Werner later added a second to finish on 95 ahead of his move to Chelsea, an impending transfer that was confirmed this month.

Leipzig's 2-1 victory meant they secured third place in the Bundesliga, with the striker taking his top-flight tally to 28 in 34 matches this term.

It is the second time Werner, who joined from boyhood team Stuttgart in 2016, has gone beyond 20 league goals in a single campaign, his first coming in 2016-17 when he netted 21 times.

The 24-year-old has also added six goals across the DFB-Pokal and Champions League this term and, although Leipzig remain in the latter competition, Werner will not be able to add to his tally.

It was decided Werner will link up Chelsea next week, though he will not be eligible to represent the Blues until next season, with Leipzig reportedly set to receive €53million (£47.5m).

WERNEEEER! Signs off with a double