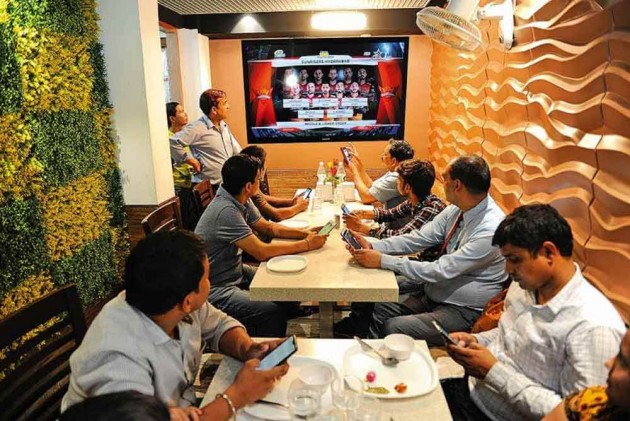 In less than 24 hours of the Madurai Bench of the Madras High Court rebuking Sourav Ganguly and Virat Kohli for misusing their star power and endorsing fantasy sports platforms that attract people to wager bets online, the Tamil Nadu government on Friday has promulgated an ordinance to ban online gaming activities with immediate effect. (More Cricket News)

Tamil Nadu joins Andhra Pradesh and Telangana in stopping online gaming activities after suicides have been reported across the southern Indian states in recent times.

Even TV viewership saw a record audience with an overall consumption increase of 23% versus 2019. Television viewership reached an outstanding 31.57 million. At least 60% cent of the advertisements on STAR Sports, the official broadcasters of IPL, were on fantasy cricket.

In a press statement on Friday, the Tamil Nadu government said: "Due to online gaming, innocent people mainly youngsters are being cheated and some people have committed suicide. In order to avoid such cases of suicide, and protect innocent people from the evils of online gaming, the government has submitted a proposal to the Governor to promulgate an ordinance by amending the Tamil Nadu Gaming Act, 1930; Chennai City Police Act 1888 and the Tamil Nadu District Police Act 1859."

The ordinance includes banning operators, players involved in electronic transactions of money used for wagering or betting and distributing winnings and prize money through cyberspace.

Justice Kirubakaran's remarked: "He (Ganguly) is a star. If he appears as a person in ads, people are becoming victims... For the ordinary common man, what does it mean when a star or film star appears? They will try to follow. Virat Kohli and Sourav Ganguly have so many followers. Fans and fans."

Despite states clamping down on online gaming activities, fantasy cricket companies continue to be bullish.

My11Circle, which continues to use Ganguly's charisma to challenge subscribers to "make your team and win crores," has just become the title sponsors of the Lankan Premier League and MPL has won BCCI's kit sponsorship rights.

Dream11 has been making steady inroads into Indian cricket with smart tie-ups with state cricket associations and IPL franchises.

Virat Kohli endorsed Mobile Premier League on Thursday pulled down advertisements from social media platforms after they were found to be immoral and ethically incorrect. Most fantasy operators advertise their products without any disclaimers.

There are clear signs that Karnataka will become the fourth big south Indian state to ban online gaming.

The state's Home minister Basavaraj Bommai said on Friday: “Online games are ruining many lives in the state. We have noticed it. Many illegal gambling and betting websites have mushroomed during the lockdown. We need to put an end to such a menace.”

“What is more worrisome is that our youngsters have become addicted to this type of gambling. Many have lost their properties. I appeal to parents and elders to come out and register a complaint against online platforms if any youngster is addicted to gambling and forcing them to give away their properties,” Bommai said.

Apart from fantasy cricket, online rummy is a rage in South India. Some of the top rummy operators are based in cities like Hyderabad, Bangalore or Mumbai.

Interestingly, in 1967, rummy had won a Supreme Court verdict that it was a game of skill. To protect its image, rummy operators formed The Online Rummy Federation (TORF) this year to bring transparency in their dealings.

But rummy is one of the hardest hits and as more and as most southern states ban online gaming, the industry is feeling the pinch.