It's not clear if Austria is Krystsina Tsimanouskaya's final destination. Several countries had offered to help her, and Poland has granted her a humanitarian visa 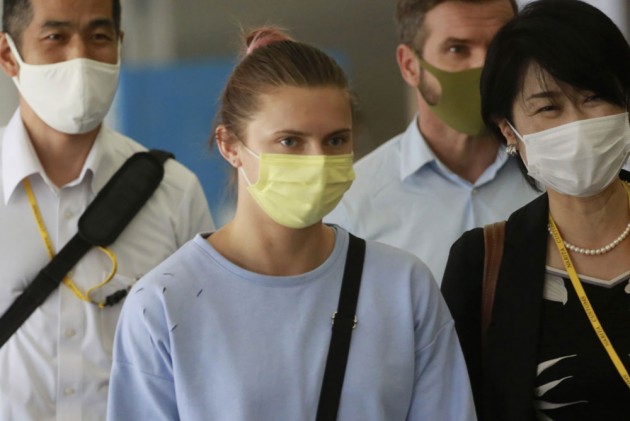 A Belarusian Olympic sprinter who had a public feud with officials from her team has boarded a plane to Vienna.

It's not clear if Austria is Krystsina Tsimanouskaya's final destination. Several countries had offered to help her, and Poland has granted her a humanitarian visa.

She said in an interview with The Associated Press that officials from her team had “made it clear” she would face punishment if she returned home to an autocratic government that has relentlessly stifled any criticism.

Tsimanouskaya has said she hopes she can continue her career, but for now her safety is the priority. After she criticized the management of her team on social media, she accused officials of hustling her to the airport and trying to put her on a plane back to Belarus.

She was seen in Tokyo on Wednesday morning entering Narita International Airport surrounded by an entourage.