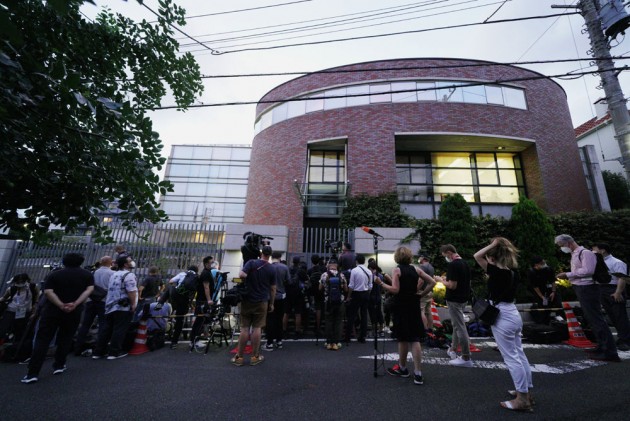 While Belarus sprinter Krystsina Tsimanouskaya was seeking a humanitarian visa to leave the Tokyo Olympics safely, she also was waging a legal fight to be allowed to run in the 200 meters.

She won the first but lost the second, the Court of Arbitration for Sport revealed Tuesday.

Sports’ highest court has detailed the legal steps Tsimanouskaya took Monday in the hours after she sought protection in Japan during an airport standoff to avoid returning to Belarus, where she believes her life would be in danger.

CAS said in a statement that it denied Tsimanouskaya’s request for an interim ruling Monday to overturn Belarus Olympic officials’ refusal to let her race in the 200.

The heats were held Monday morning and the semifinals in the evening session at the Olympic Stadium.

Tsimanouskaya “was not able to prove her case to get an interim relief,” the court said in a statement, without giving details.

The decision to deny the 24-year-old runner an urgent interim ruling clearing her to compete was made solely by the head of the Games-time Olympic court, CAS said.

That judge is American lawyer Michael Lenard, vice president of the CAS management board who represented the United States in handball at the 1984 Los Angeles Games.

Later Monday, Tsimanouskaya went to Poland’s embassy in Tokyo and was successful in getting a visa to enter that country. Poland is a member of the European Union and Belarus is not.

Tsimanouskaya sought and got protection from Japanese authorities at Tokyo’s Haneda Airport on Sunday evening to avoid returning to Belarus.

She had been fiercely criticized in the autocratic country for using social media to criticize Belarus track officials in Tokyo. She said they entered her in the 4x400 relay team, a distance she does not run, without her consent.

Tsimanouskaya competed in the Olympic 100 heats on Friday. She placed fourth and did not advance.