Teams and officials have started arriving in Tokyo for the Summer Games starting July 23. There is no stopping the Olympics now 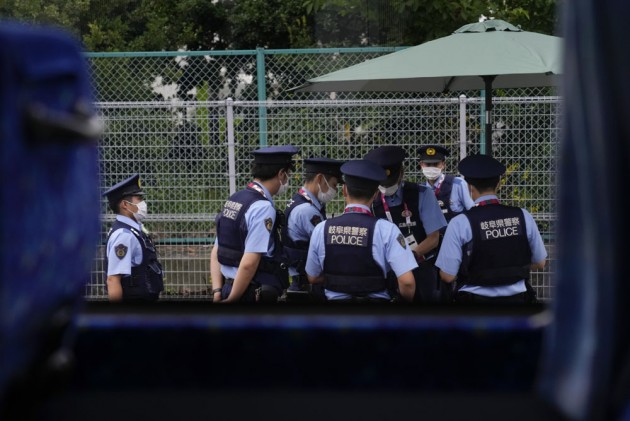 The air is hot, humid, sticky. Tokyo is ready for the first Olympics in full COVID-19 pandemic with its usual sweltering summer climate. It is no coincidence that in 1964 it was organised in October, but at that time it was not the TV contracts that dictated the dates of the Games. (More Sports News)

Massive team arrivals began last week. The weather is uncertain, thunderstorms are expected every day in the afternoon and then the sun with 33 degrees, which will be perceived as 43…

Fortunately for us, the arrival at the airport of Haneda, smaller and closer to the center than Narita, was much more complicated than in previous Olympic editions. Before disembarking, employees of the organisation had asked to fill in a form on the plane, a quick but unexpected procedure.

In this way, however, a traffic jam was avoided immediately. At a station 200 metres away, the Japanese checked if two apps had been downloaded. These help us to have information on health and organisation and for them to know where we are at all times.

An identification number was then given for the next saliva test. After a long walk, the result was collected at door 146. This process can last from two to four hours.

IN PICS: Athletes Arrive To Strict Testing And Tracking

All reception staff are very kind, but most of them are headed by the government and therefore are very attentive to details in health declarations.

Those who do not fill in the forms with precision, which mainly concern the tests required 96 and 72 hours before departure, risk not only long waits, but also the possibility of being sent home.

Attention, the 72 hours from the second and last test strictly required must coincide with the departure time of the plane.

If it turns out that the test was done at 10.30 am and three days later the flight will depart at 11.20 am, then it's over 72 hours and delicate problems could arise, because the required limits would be exceeded and this could invalidate the process. So you have to pay close attention to this very important detail.

To avoid direct contact with the population, the transport of all people connected to the Olympics is separated from public transport.

The teams are taken directly to the Games Village or headquarters where they have decided to complete their preparation.

Journalists and technicians are taken to the main terminal in the city and from there everyone is given a free voucher for a "safe" taxi that will take them to the hotel.

The percentage of Japanese against Tokyo 2020 is still high. Two days ago, a demonstration in front of the hotel where Thomas Bach and other International Olympic Committee delegates were staying, attracted a few people.

By now they know that the organisational machine can no longer be stopped, but they are unable to accept that the Japanese government has sharpened the heavy restrictions.

The locals smile at us, but they prefer not to talk about what they feel inside. They continue to be kind, even if adamant about the rules we must follow. We cannot blame them because, if they loosen their grip, it would then be difficult to manage the resulting discomfort. They are not used to improvisation and flexibility in the interpretation of the COVID control rules.

Then, to rage the morale of the doubters, Hirotada Hirose, a well-known expert of "disaster risk", also intervened, declaring to the French press agency that the organisers of the Games should have taken into consideration the devastating danger of earthquakes and typhoons, which are common in this area of the world sitting on the Ring of Fire.

It is clear that such a statement raises some doubts even in the most unshakable optimist. But we must continue to think positively, because these Games must also be a new experience on how to deal with the pandemic without having to give up everything.

In Europe, too, there will probably be suffering again after the UEFA European Championships, but unfortunately it is no longer possible to go back.

It is necessary that everyone, even the deniers, understand that new rules of life must be followed, which do not undermine the true rights of individual freedom.

(The author is a veteran Italian journalist and president of the International Sports Press Association, AIPS)