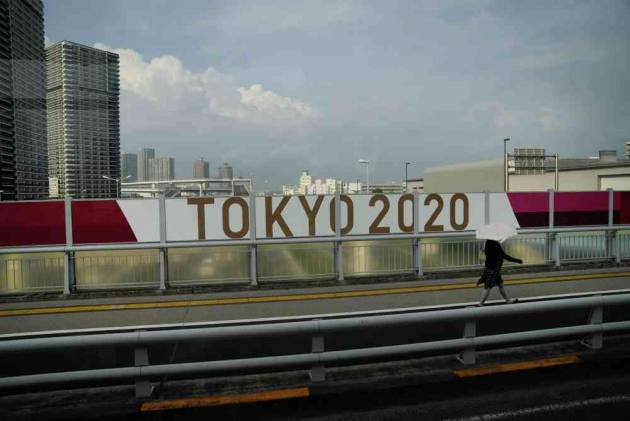 Alexandr Kudashev and Veronika Popova Andrusenko were suspended on Wednesday based on evidence supplied by the World Anti-Doping Agency, according to FINA.

It said the evidence came from WADA's examination of materials recovered from the former Moscow Anti-Doping Laboratory, including the lab’s management information system.

Kudashev and Andrusenko were set to compete for the non-federation Russians. The Russian federation is barred from competing as a country in Tokyo because of ongoing doping issues found by WADA.

Andrusenko competed for Russia in the 2012 and 2016 Olympics in several events. The 30-year-old swimmer also competed in the International Swimming League in 2019.

Kudashev would have been competing in his first Olympics. The 25-year-old swimmer was a gold medalist at the 2019 World University Games.

"FINA is grateful to WADA for its diligence in helping to ensure clean competition at Tokyo 2020," new FINA president Husain Al-Musallam said in a statement.

FINA's out of competition testing and test distribution planning are handled by the International Testing Agency, which also handles the Tokyo 2020 anti-doping program on behalf of the IOC. (AP)