With the addition of Chopra's gold on the last day of their competitive schedule, India signed off with seven medals in all, including two silver and four bronze 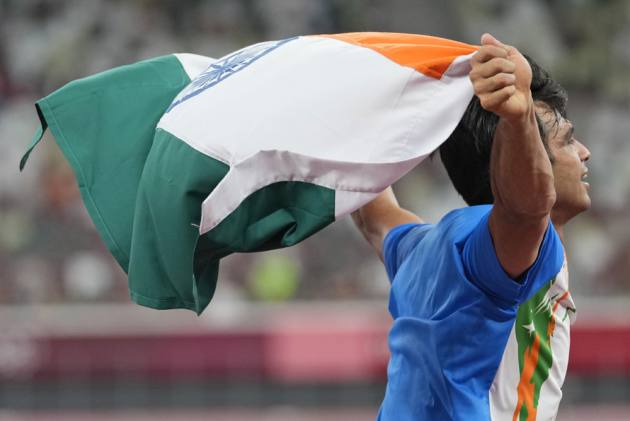 They called it the Olympics like no other and India would agree as debutant javelin thrower Neeraj Chopra shattered several glass ceilings to become the country's first gold-medallist in 13 years, his stupendous show making it the best ever Games for a nation starved for success at the grandest sporting spectacle.

With the addition of Chopra's gold on the last day of their competitive schedule, India signed off with seven medals in all, including two silver and four bronze, the last of which was delivered by superstar wrestler Bajrang Punia on the day.

He became the youngest Indian to win an Olympic gold, the first in track-and-field to do so and the only one to do it in his debut Games.

At 23, he joined Abhinav Bindra in the select gold club but beat him on age as the latter was 25 when he claimed the top prize in the 2008 Beijing Games.

With this, the country surpassed the previous best haul of six medals achieved in the 2012 London Games where there was no gold.

It was also the first time that India picked up medals across so many varied disciplines. There were weightlifting and wrestling silver medals through Mirabai Chanu and Ravi Dahiya respectively.

And the four bronze medals came from badminton star P V Sindhu, boxer Lovlina Borgohain, Punia and the men's hockey team, which finished on the podium for the first time in 41 years.

Chopra saved the best moment for the last.

The 23-year-old son of a farmer from Khandra village near Panipat in Haryana produced a second round throw of 87.58m in the finals, which nobody in a field of 12 could come anywhere close to.

Brimming with confidence with hardly any nerves on display and just the way he did it in the qualification round three days back, Chopra began with a bang by sending the spear to a distance of 87.03m and then improved it to 87.58m, his best of the day.

"It feels unbelievable. It is the first time India has won a gold in athletics, so I feel very good. We have just one gold here in other sports," he said after the triumph that would immortalise him as a great.

"This is our first Olympic medal for a very long time, and in athletics it is the first time we have gold, so it's a proud moment for me and my country.

"Milkha Singh wanted to hear the national anthem in a stadium. He is no longer with us but his dream has been fulfilled," the 23-year-old javelin thrower said dedicating the achievement to the iconic sprinter, who had finished fourth in the 1960 Rome Olympics.

On the wrestling mat, Punia pulled off a bronze medal on Olympic debut after outwitting Daulet Niyazbekov in the men's freestyle 65kg play-off.

The medal-winning performance saved the 27-year-old and the Indian wrestling contingent from embarrassment since the wrestlers had entered Tokyo with high expectations.

"I am not happy. This is not the result I had set out to achieve. Winning an Olympic medal is no mean achievement but I can't jump with joy with bronze," Bajrang told PTI.

The country also raised a toast to golfer Aditi Ashok, who came agonisingly close to a podium finish before ending fourth.

She pulled off the best performance by an Indian golfer in the Olympics but Aditi could not clinch the eagerly-anticipated medal despite spending a majority of the four rounds in contention for a podium finish.

The 23-year-old Bengalurean ended two strokes off the pace with a total of 15-under 269, which was just one stroke below the medal bracket. In the final round, she managed a 3-under 68.

It was a heartbreaking end to Aditi's campaign considering she started the day in sole second position.

But it was nonetheless a massive improvement as she had finished tied 41st in the 2016 edition where golf made a comeback to the Olympics after over 100 years.

But Chopra's performance washed away all the heartbreak as he provided a brilliant finale to the campaign which had looked wobbly in the first week when several medal contenders made early exits and the fancied shooting and archery teams fired blanks.

"...my heart fills with pride to say that the Indian contingent has registered its best-ever performance at an Olympic Games edition," Indian Olympic Association Secretary General Rajeev Mehta said in a statement.