The three cases were revealed by the organising committee in its daily update of COVID-19 list. The total number of Games-related cases now stands at 58 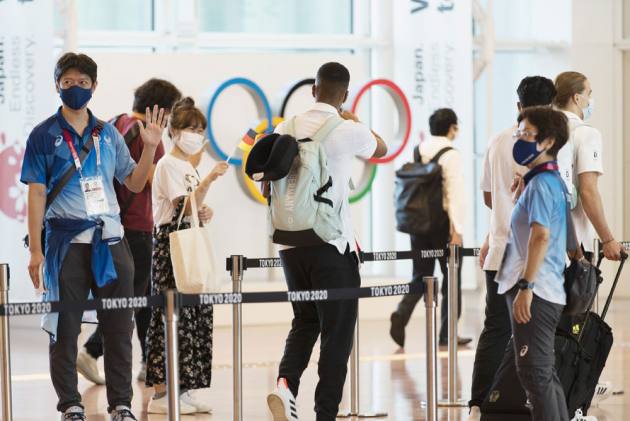 One Olympics concerned personnel and a contractor were among three COVID-19 cases detected on Monday by the Games organisers, a day after three sportspersons, two of them staying at the athletes Village, tested positive for the virus. (More Sports News)

The Games concerned personnel is based in Chiba. The third case is of a journalist who has travelled for the event and was under a 14-day quarantine in Tokyo. The contractor is based in Saitama.

The three cases were revealed by the organising committee in its daily update of COVID-19 list. The total number of Games-related cases now stands at 58.

On Sunday, the first instance of athletes staying at the village catching the infection came to light. The two were South African football players.

Their identities were not revealed by the organisers but the South African Football Association issued a statement to make that information clear.

The third infected athlete is staying at a designated Games hotel and his/her identity is not yet known.

A total of 10 cases were detected on Sunday, including five Games concerned personnel, one contractor, and a journalist.

IOC Games Operations Director Pierre Ducrey, however, insisted that there is no cause for concern at this moment.

"The participants of the Olympic Games are the most controlled population in the world," he declared on Sunday.

The Games will be held behind closed doors as infections soar in the Japanese capital, which has been recording more than 1,000 cases per day for the past few days.

The first batch of athletes from the Indian contingent has already checked in at the village.