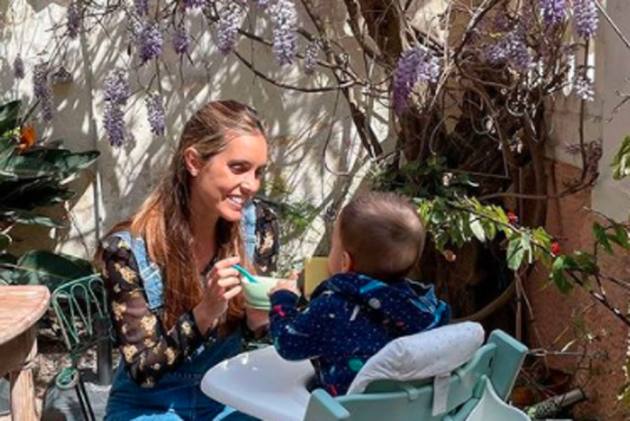 The captain of Spain's synchronized swimming team has complained about the “drastic measures” by Tokyo Olympic organizers that have made it impossible for her to take her baby to the Tokyo Games.

Ona Carbonell used her Instagram account to say she had to leave behind her 11-month-old son “despite the appearance of some news suggesting the possibility that we athletes could travel to the Tokyo Olympic Games accompanied by our infants or young children.”

“We have been informed by the organizing entities of some extremely drastic measures that make this option impossible for me,” she said.

“After receiving countless expressions of support and encouragement to go to Tokyo with Kai, I wanted to express my disappointment and disillusionment that I will finally have to travel without him.”

She said “our only possibility is to wait for the end of this pandemic so that normality returns” and “that the reconciliation of motherhood and elite sport is no longer something extraordinary and practically impossible to carry out.”

Family members were not allowed to accompany athletes to Tokyo due to COVID-19 restrictions but the International Olympic Committee had announced last month that nursing mothers would be allowed to bring their babies to Japan. The move had come after complaints made by Canadian basketball player Kim Gaucher and American soccer player Alex Morgan.

Carbonell told Spanish media that nursing mothers would have to leave the Olympic Village bubble to breastfeed their children, increasing their risk of infection and putting their teammates at a greater risk as well. The babies and caregivers have to stay at hotels.

Gaucher did travel to Tokyo with her young daughter.