Deepika is going to the Tokyo Olympics as a world no 1, similar to 2012 when she had climbed to the pole position ahead of the London Games 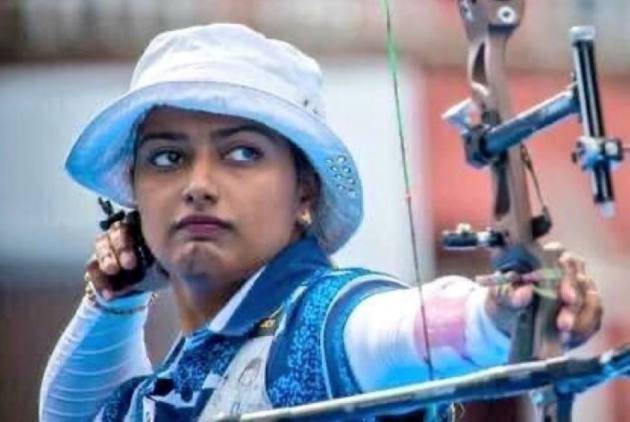 Star Indian archer Deepika Kumari says the failure to win medals in the last two Olympics will "play on her mind" but she is trying to stay away from the negative emotions as she heads to the Tokyo Games. (More Sports News)

The 27-year-old from Ranchi is going to the Olympics as a world no 1, similar to 2012 when she had climbed to the pole position ahead of the London Games.

However, Deepika could not live up to the expectation, making a first-round exit. Rio Games was no different as she made a last 16 exit in individual and lost to Russia in team quarterfinals.

"I don't want a repeat anymore. It's past but yes, that will play on my mind and there would be some pressure on the back of my mind," she told PTI, a day before leaving for Tokyo.

"So, it's about trying my best to keep myself free of all those negative thoughts and take less pressure. It's about focusing just on my shooting."

Deepika is in the peak form of her career, attaining the No 1 ranking after winning two individual World Cup gold medals this year.

"As the day nears and countdown begins, pressure builds up. So, it's about mentally tuning and how to keep calm and don't get unsettled," she said.

However, the power couple of Indian archery has turned into 'fiercest rivals' in the lead up to the Tokyo Games.

Finding herself as the lone female archer in the Indian camp after the women's team failed to make the cut, Deepika has resorted to the next best option -- competing with her husband Atanu.

"It's better for me, I'm trying my best to shoot better than them always. In fact, I'm winning most of the times," Deepika said.

The duo will be the first Indian couple to take part in the same event in an Olympic Games.

Deepika said Atanu is now doubling up as "coach-mentor" as they chase India's elusive dream of winning first-ever Olympic medal in archery.

"He has become my full time coach these days. Atanu has been a big support, he keeps guiding me, motivating me. Of course, our team coach (Mim Bahadur Gurung Sir) is there, but Atanu's guidance is a constant support."

Not only Atanu, Deepika is competing against all the three male members of the Tokyo-bound team as well as the trainees at the Army Sports Institute in Pune.

It all happened after the World Cup in Paris last month where the women's trio of Deepika, Ankita Bhakat and Komalika Bari failed to qualify for the Olympics as a team as the world number one found herself as "the lone female" archer at ASI.

"I remained the only female here at the camp so I decided to play knock-out matches with them. I'm playing only against the men's team," she said.

"You don't experiment much at the last moment. It's about fine-tuning and polishing, so match practice is the best practice at the moment."