It is third title of the season for the 26-year-old Vinesh, who claimed gold medals at the Matteo Pellicone event and Asian Championship 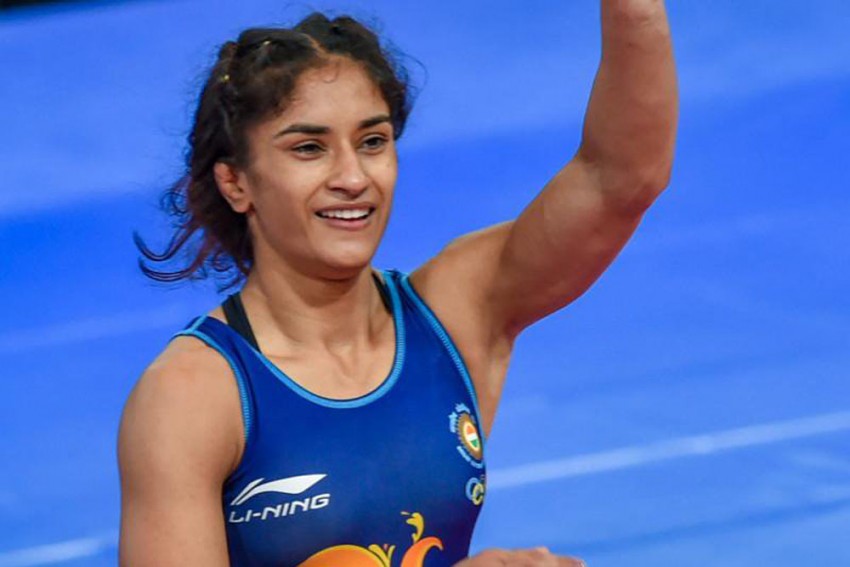 Star Indian wrestler Vinesh Phogat proved that her preparations for the Tokyo Games were on track by winning the 53kg gold at the Poland Open in Warsaw on Friday, giving herself some crucial 'mat-time' ahead of the Olympics. (More Sports News)

It is third title of the season for the 26-year-old Vinesh, who claimed gold medals at the Matteo Pellicone event (March) and Asian Championship (April) earlier.

The victory would potentially make Vinesh the top seed at the Tokyo Olympics.

Except for her opening bout against 2019 World bronze (50kg) winner Ekaterina Poleshchuk, Vinesh wasn't troubled by any of her other rivals as she conceded only two points en route the top place on the podium.

She did not concede a single point to Ukraine's Khrystyna Bereza in the final, winning 8-0. Vinesh took most of her points through double-leg attacks while the 2019 European silver medallist Bereza was on the defensive throughout.

The World bronze winner and Asian Games champion had to battle hard against Poleshchuk before prevailing 6-2 but needed only 75 seconds to pin her American rival Amy Ann Fearnside in the semifinals.

It was a tough start for Vinesh as she was up against Ekaterina, whose defence was pretty strong.

Vinesh went for a left-leg attack but the Russian took the Indian down on counter for a 2-0 lead which she maintained throughout the first period. Moments before the break, Vinesh initiated another move but could not complete.

Early in the second period, Vinesh had Russian in trouble with a double leg attack as she levelled the score and then got two more points when Ekaterina committed a technical violation and was cautioned.

Vinesh completed the win with one more take-down move.

It was a comfortable win in the next round, though, as Vinesh pinned American rival opponent in just 75 seconds. She was leading 6-0 at that time.

Earlier in the day, Anshu Malik pulled out of the 57kg competition due to fever.