Bhawana and Irfan, both 20km race walkers, and long jumper M Sreeshankar are currently training at the SAI centre in Bengaluru. 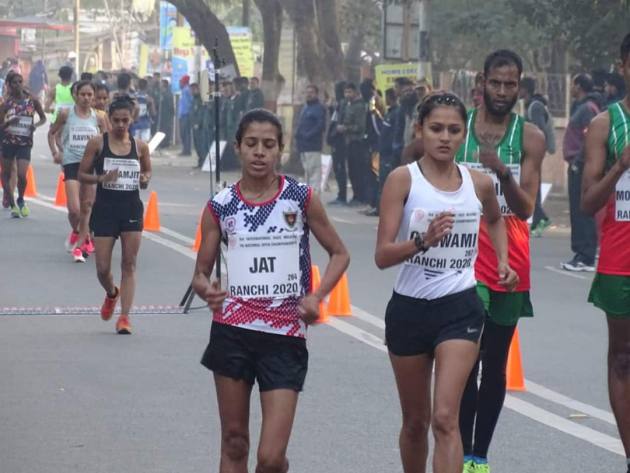 Race walkers Bhawana Jat and K T Irfan underwent fitness tests on Friday while another Olympic-bound athlete M Sreeshankar will have to prove his fitness on July 21 to confirm participation in the Tokyo Games. (More Sports News)

Bhawana and Irfan, both 20km race walkers, and long jumper Sreeshankar were told by the Athletics Federation of India (AFI) to undergo tests to check their competition fitness. All the three are currently training at the Sports Authority of India (SAI) centre in Bengaluru.

"We cannot take unfit athletes to the Olympics. We have to check when did the athletes qualify for the Olympics, are they injury-free or fit for competition," AFI President Adille Sumariwalla told PTI.

"This is just a test of fitness and we are not looking at some qualification (mark)," he added.

Irfan was the first track and field athlete to qualify for the Olympics way back in March 2019 during the Asian Race Walking Championships in Nomi, Japan.

His last competition was during the National Race Walking Championships in March in Ranchi, where he did not finish the race. He had contracted COVID-19 in May and has recovered since then.

"I had my fitness Test today and I did well. I am satisfied with my performance," she said from SAI centre in Bengaluru.

Sreeshankar will also have his fitness test conducted in Bengaluru on July 21. He qualified for the Tokyo Olympics in March during the National Senior Federation Cup Athletics Championship. But he pulled out of the National Inter-State Championships (June 25-29) just before his event after warming up on the field at the NIS Patiala.

"Sreeshankar has no problem, it was very humid at Patiala that day and we did not want him any injury as he has already qualified for the Olympics. So, he pulled out as a precautionary measure," his father S Murali said.

"My son has been asked for a fitness test on July 21 at SAI Bengaluru. It is all right. He will do well and prove his fitness."

The AFI has picked a 26-member Indian team for the Olympics which opens on July 23. Track and field events will begin on July 30 and the athletes are expected to depart for Tokyo in the last week of this month.