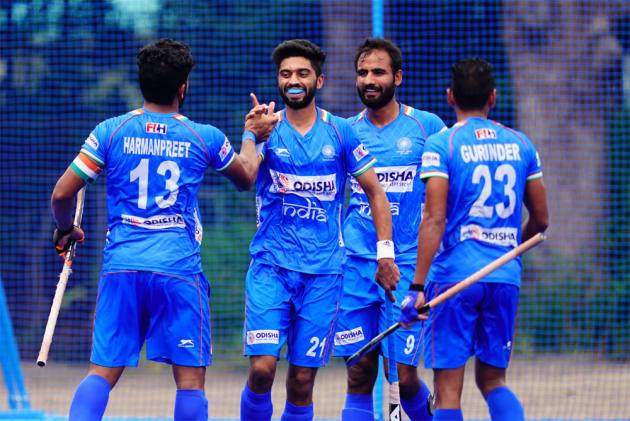 Forward Shamsher Singh on Monday said winning the Olympic bronze medal was just ticking off one box in the new beginning for the Indian men's hockey team, which aspires to be the world number one side. (More Hockey News)

"We still have a lot of targets to achieve as a team. We have ticked off the target of winning an Olympic medal but we have been striving to be the best side in the world in the last few years," Shamsher was quoted as saying in a Hockey india release.

"We are going to give everything we have in every match we play in the future, especially in big tournaments such as the FIH Hockey Pro League. We are confident that if we keep improving match by match, then one day we will surely be the world number 1 team," he added.

Shamsher said the Tokyo Olympics will always hold a special place "in my heart".

"I am so lucky to be part of an Olympic bronze medal-winning team at such an early stage of my career. I also know that this is just the beginning for us as a team.

"We have the belief that we can do even better in the future and we are going to work towards our goals in the upcoming years."

Asked what is that one thing that helped the Indian team to make history in Tokyo, Shamsher said, "It was our never-die attitude on the field."

"Even when we were behind in the game against Germany, we never stopped believing in our chances and kept looking to create goal-scoring opportunities.

"We knew that if we kept putting pressure on the opposition, we will be on the winning side in the end and that's what eventually happened," said the 24-year-old.