On Tuesday Bach was visiting the Athletes' Village alongside Tokyo Bay, and the new $1.4 National Stadium in central Tokyo. 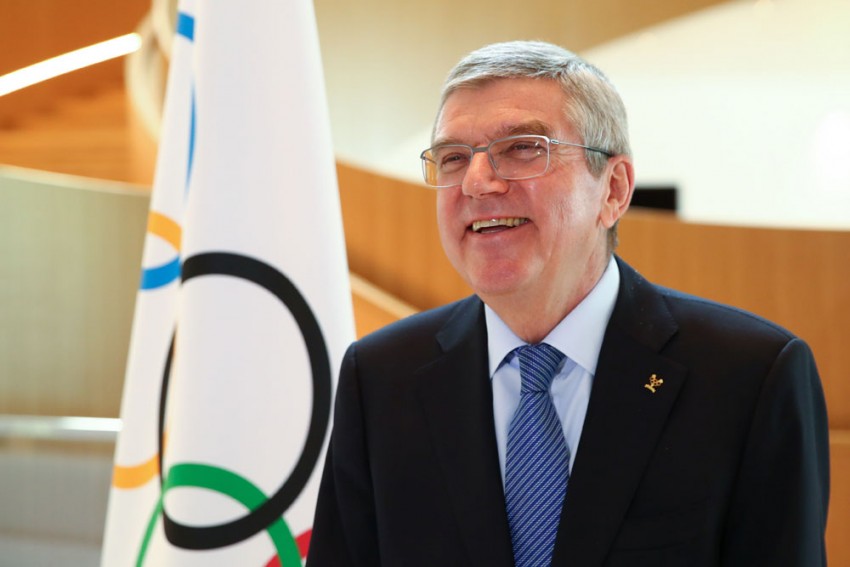 IOC President Thomas has said during this week's trip to Tokyo that he is “encouraging” all Olympic “participants” and fans to be vaccinated — if one becomes available — if they are going to attend next year's Tokyo Olympics.  (More News)

Bach says a “reasonable number” of fans should be able to attend the venues — vaccine or no vaccine. And he said confidently that the postponed Olympics will open on July 23.

“We want to convince as many foreign participants as possible to accept a vaccine,” he said repeatedly on Monday, his first of two days in Tokyo lining up support for the Games and holding news conferences.

Japan has controlled the virus comparatively well, with about 1,900 deaths attributed to COVID-19 in a country of about 125 million. However, cases have been rising lately, particularly in Tokyo and the northern island of Hokkaido.

On Tuesday Bach was visiting the Athletes' Village alongside Tokyo Bay, and the new $1.4 National Stadium in central Tokyo.

In a more private setting, Bach has spoken directly about Olympic athletes' responsibility to consider the vaccine.

In an on-line session last month with the IOC's Athletes' Commission, Bach was asked — among other things — if athletes would be “forced” to be vaccinated. The Associated Press obtained the 90-minute recording of the session, which included more than 100 athletes or their representatives. It was monitored by Kirsty Coventry, a two-time Olympic gold medalist and chairperson of the Athletes' Commission.

Bach said “we are not there yet” in terms of requiring a vaccine, but he made his feelings clear that athletes owe it to each other — and themselves — when thinking about a vaccination.

“Every athlete should look at his fellow athletes and take this into consideration,” Bach said.

“Because the vaccination is not just about the individual. It's a protection for the entire community.

“And there I think each and everyone of us has a responsibility in this crisis, a responsibility not just for us individually but for all of the people who surround us and who are our fellow team members, who are fellow Olympians.”

Early results provide strong signals that the vaccine could prevent a majority of disease when large groups of people are vaccinated.

Clearly, not all athletes will want to take the vaccine. For some it will be a question of individual liberty. Others will fear vaccines against COVID-19 are being rushed, and possibly unsafe. Some could fear falling ill after taking the vaccine, jeopardizing their Olympic chances.

Bach said in Tokyo that nurses and doctors and health care workers should be first in line for a vaccine, ahead of healthy, young athletes.

As well as the 11,000 Olympic athletes, there could be tens of thousands of officials, judges, VIPs, and media and broadcasters traveling to Japan for the games.

Tokyo Olympic officials and the International Olympic Committee have said that athletes testing positive at the Games could be barred from competing, similar to the way a doping suspect is removed.

“We can solve this crisis like other challenges only if we are in solidarity, and if we all take responsibility,” Bach said in the online conference with athletes in early October. He acknowledged some athletes would see taking the vaccine as a "sacrifice.”
“But again we are not there yet,” Bach said of any decision.

“We will have to see the further developments. But I hope you excuse me for having made this personal remark already at this stage.”