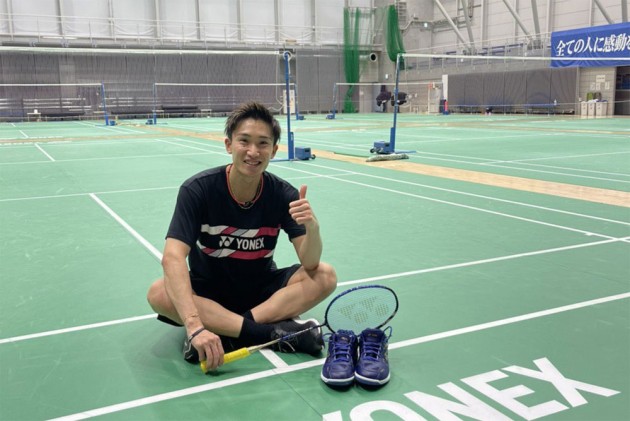 Japanese badminton star Kento Momota says he plans to play "with a sense of gratitude in my heart" when he makes his Olympic debut at the Tokyo games. (More Badminton News)

The Olympics will be the biggest test Momota has faced so far in his comeback from a fatal highway accident in Malaysia a year-and-a-half ago that injured him and several Japan team members and took the life of his driver.

The men's singles world number one fractured his eye socket in the crash then suffered through a bout of double vision in his return to training that had him fearing his career might be over.

He made a winning return to the court at the Japan national championships in December, only to be sidelined again after testing positive for COVID-19 in January.

He lost in the quarterfinals at the All England Championship in March, but is now fully fit and considered the gold medal favourite in Tokyo.

Speaking on Sunday, Momota admitted he is nervous about his Olympic debut, but will play with no regrets.