This will be Krishan's third trip to Olympics making him the only one among the five Olympic-bound men to have the experience of competing in the Games. 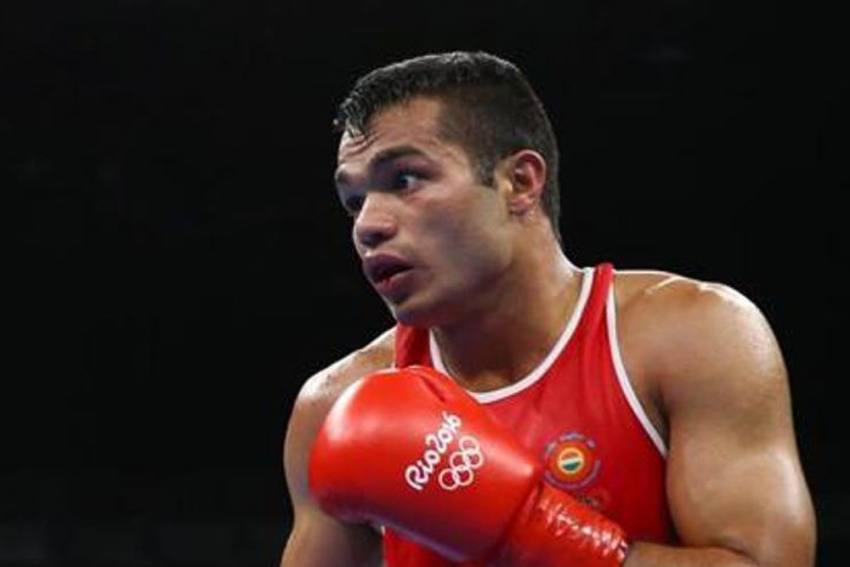 Among the most accomplished names in Indian boxing and a strong Olympic medal hope he might be but Vikas Krishan has no qualms admitting that he has been "indisciplined" and "too reliant on luck in the past", problems that he claims to have fixed ahead of the Tokyo Games. (More Sports News)

Currently in Assisi, Italy for training, Vikas is the only one among the five Olympic-bound men to have the experience of competing in the Games. He made the 64kg pre-quarters in the 2012 London edition, the 75kg quarters in the 2016 Rio Games and is ready to present his challenge in the 69kg category in Tokyo.

Speaking exclusively to PTI about his preparations, concerns and the pressure ahead of his third and possibly final Olympic appearance, the Asian and Commonwealth Games gold-medallist owned up to his mistakes as well.

"I was too reliant on luck earlier, the draw mattered more than it should. I was indisciplined, I did not train as rigorously as I should have in previous years, didn't care for my health as much as I should have," he conceded when asked about his evolution as a boxer since his previous Olympic appearances.

"But it has changed now. I have made a lot of sacrifices in the past one year. I have hardly seen my family to ensure that my training is not disrupted. You can say I have seen my children grow up in photographs," he said.

"Thankfully, I have had my close friend (and fellow boxer) Neeraj Goyat with me through all this. He has been my family and always supported me even though he is a full-time professional boxer," he added.

Unbeaten in his own on-again-off-again professional stint, the Haryana-boxer has been a medal contender for India almost every time he has stepped into the ring in the amateur circuit too and he has rarely faltered, except for the Olympics.

"This time I have paid attention to my nutrition properly, trained with a lot of focus. I cannot be more prepared than what I am right now. Isse zyada nahi ho sakta. I can feel it actually that this is going to be my best Olympics," said the DSP in Haryana Police.

"Several crores have been spent on me by the government and my sponsor JSW, I have to make all this count. I have got everything that I have needed to build myself up, it is time to deliver now," Vikas asserted.

But those are past achievements for the Hisar-man, who said he has gone through extensive self-analysis after the disappointment in Rio Olympics.

"I sat down with coaches and asked them to tell me bluntly my shortcomings and they did. They told me so many things and I decided I will make amends and I have," he said.

"I used to get disbalanced in the ring frequently, it was pointed out to me. That is no longer the problem. I have learnt to be cool, composed and calm. I decided I will make my jab the best in the world. It is not yet perfect but it is close," he elaborated.

"My rear hand (straight punch) was weak, it is stronger now. My close range boxing has improved. So yes, I have closely analysed my weaknesses and one by one, I have addressed them," he added.

Speaking of analyses, his decision to switch to welterweight (69kg), after trying for long to find a footing in the middleweight (75kg) division, has also worked out well for him.

"For the first time, I have reduced weight in my career. But it works for me. It is another one of the small sacrifices I have made. This move has got me good results," he said.

Vikas said he has also learnt to be less anxious about what next in his journey of self discovery.

"I have tried to let go of things which I can't control, like the draw or the current situation with regards to COVID-19. I can't control certain factors, so I have learnt not to spend my time and energy thinking about them," he said.

The Tokyo Games are scheduled to open on July 23.